A usable history of disease 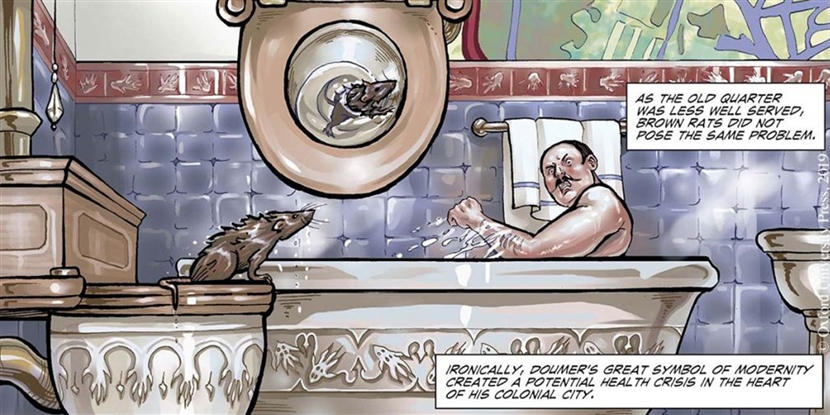 Blogging through a pandemic

Back in the old days—the early months of the COVID-19 pandemic—things were different for the OER Project team. Like teachers everywhere, we scrambled to adjust to the new reality: Our lives were spent mainly at home, our meetings and social gatherings were held online, and on those rare occasions we dared to venture out into the world, we did so masked and armed with hand sanitizer. The pandemic was in its infancy, and our blog posts reflected our fascinations and fears as events unfolded.

In March, we were just discovering our new reality. The novel disease causing all this chaos had a bewildering constellation of names, so I wrote a blog post about the way we have historically named diseases, and why it matters. Meanwhile, we saw people reacting to the pandemic in ways that ranged from scapegoating and hoarding to pulling together to support each other. So, a week later, Bennett Sherry offered a post exploring how different communities have responded to pandemics throughout history. At the end of April, as panic-buying of toilet paper became a thing, Bennett added a humorous but not entirely unserious history of how we humans have wiped our bums. Bridgette Byrd O’Connor also reminded us that we have not always had the same ideas about hygiene that we have today. Together, the three of us attempted to address students’ fears and teachers’ concerns in a piece that looked at whether school closings during the 1918–1919 pandemic worked. We also tried to put the COVID pandemic in perspective by comparing it to earlier epidemics, ones for which we had not had modern public medicine or medications.

Now, many months later, I’ve become curious about how we might bring all this material together. How might we teach a Big History Project (BHP) or World History Project (WHP) course that authoritatively addresses the history of pandemics? What would such a thing look like?

A global historian of disease

To answer this question, I turned to Michael Vann, a professor of history at Sacramento State University. Mike (he says I can call him that) teaches world history along with other courses and is the author of a book I love, The Great Hanoi Rat Hunt, a graphic history that explores colonialism and disease in French-occupied Vietnam. Vann themes many of his classes around the human and social histories of disease. So, I gave Mike a call and asked him this simple question: “Why should we focus on disease or health in a BHP or WHP class?”

Mike responded by rattling off a long list—it was clear to me that he had been thinking about this question a lot. He began by telling me that a focus on disease emphasizes the connections between humanity and the environment—a clear focus of any BHP or WHP course. Disease, he said “...is the human condition. We’re all going to wrestle with disease in our lives. Observing that connection is much more direct than abstractly pointing out that erosion led to long-term soil degradation in the Indus River Civilization.”

It is perhaps because of that direct connection that disease incites students’ fascination, repulsion, and curiosity. It elicits an emotional response. It can be made usable—especially now. But Mike has a particularly fascinating way of making this topic bigger than just the COVID experience.

Disease in BHP and WHP

Mike also pointed out that pandemics follow periods of expansion and intensification. In the WHP courses, we might chart these periods of expansion and intensification through our three frames: communities, networks, and production and distribution. As more and more people lived in dense cities, as the networks that connected them became larger and larger, and as we intensified our use of resources to produce and ship goods, epidemics and pandemics followed.

In BHP, we might look at these intensifications as a matter of acceleration. Agriculture, of course, increased disease rates as humans settled down in bigger communities. Those diseases spread as we built long-distance trade routes. The bigger they became, the more likely a locally emergent disease would become a widespread epidemic. In the twelfth and thirteenth centuries, the Afro-Eurasian "archipelago of trade” resulted in the spread of the Black Death. The Columbian Exchange—the connecting of the two hemispheres—led to the first true pandemic (the prefix pan- means “everything:). BHP students can read about it here, and WHP students here. 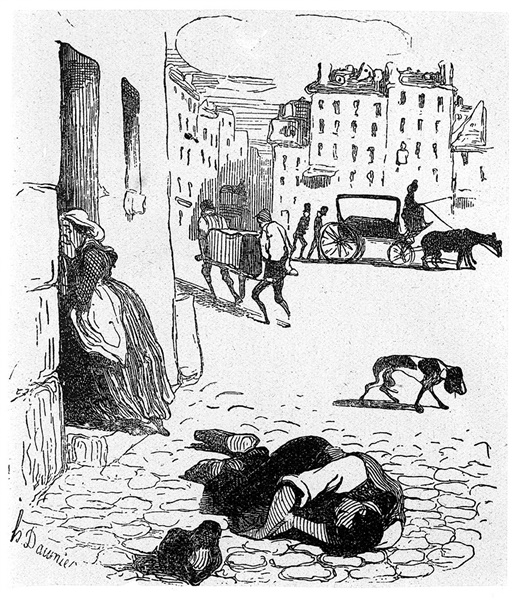 Cholera reaches France in the 1830s, contributing to decades of instability and revolutions. Cartoon by Grandville, Wellcome Collection, CC BY 4.0.

Mike illustrated this point with one story I didn’t know, but that is going to have to find its way into my own world history courses. A global cholera epidemic emerged in the wake of the 1815 eruption of Indonesia’s Mount Tambora. This eruption caused an evolutionary development in the Bay of Bengal that made cholera much more deadly. This stronger strain of the disease found a target in Bengali peasants, who had been impoverished and displaced by British colonial policies. British imperial troops then spread the disease across their vast empire, transporting it on their fast clippers and steamships. What a concatenation of industrialization, empire, and changes in the natural world!

Similarly, COVID spread on the backs of a system of low-cost air transportation. But that’s not the only reason we have a global pandemic. As Vann pointed out to me, COVID is connected to a lot of global practices: “We are definitely in an increasingly dangerous time period for zoonotic diseases,” he said. “We are pushing into natural areas we haven’t been before; the tundra is melting; we’re producing food in factory farming practices that put us in a very vulnerable position. Then we have increasing urbanization, increasing integration of transportation systems, and we’re still in the midst of an absolutely mind-boggling population boom.” All of these elements of intensification and acceleration come with the price of increased generation and spread of diseases. An in-depth study of disease throughout history perhaps challenge the very notion of progress. (Or does it? Ask your students.)

But Mike’s lesson didn’t end there. He pointed out that epidemics are important “stress tests” for social and political systems. They reveal the power structures that are normally hidden, and then test them. I asked him if any government in history has ever gotten a response to disease “right.” At first, Mike avoided the question: “That gets into good guys and bad guys.” But he couldn’t help point out that in the case of COVID, “Countries that have handled this pandemic the best have the strongest sense of collective thinking but also more authoritarian state structures.” That got me thinking about the balance between personal liberty and collective responsibility that comes up again and again in the modern era. It’s a topic Bennett Sherry addresses in one of his recent blog posts, “Give Me Cereal, Or You Get Death.” In the United States, at least, we tend to have a very strong sense of personal liberty, but less of a sense of collectivism. Where does this legacy come from, and has it hurt or helped us in responding to this pandemic? That’s a question with a long history, and one I want to discuss with my students.

About the author: Trevor Getz is professor of African and world history at San Francisco State University. He has written or edited 11 books, including the award-winning graphic history Abina and the Important Men, and coproduced several prize-winning documentaries. He is also the author of A Primer for Teaching African History, which explores questions about how we should teach the history of Africa in high school and university classes.