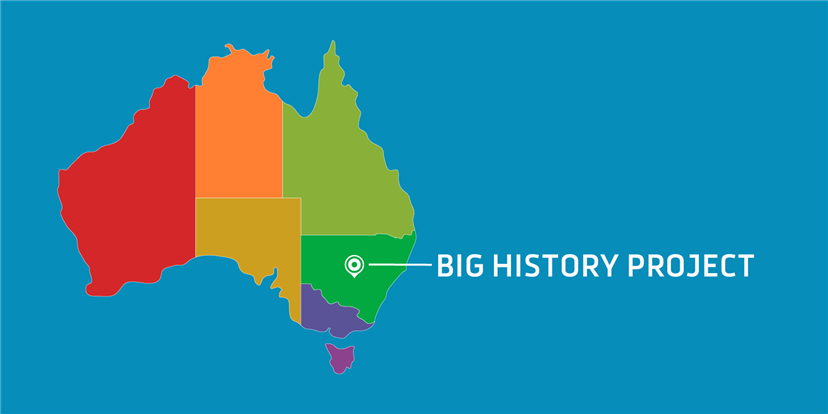 Note: Recently, the NSW Education Standards Authority (NESA) has announced some changes to its School Developed Board Endorsed Course (SDBEC) program. We’ve received a number of questions from Big History teachers in New South Wales asking whether BHP will be affected. We turned to local high-school principal Michael Saxon to talk us through what these changes mean.

Let’s get the main question out of the way quickly: Big History Project (BHP) isn’t going anywhere. BHP will still be offered as an elective at many schools in New South Wales, including Liverpool Boys High School, and any student who takes it can still count it toward the completion of their studies.

When NESA announced its intention to dis-endorse a range of school-developed courses by 2022, some teachers and administrators took this to mean these courses were being shown the door. In fact, schools have always been able to run any course they choose. For example, many schools run ‘careers’ or ‘well-being’ classes that are not part of the board-developed curriculum.

As Chris Thompson, Acting Senior Inspector of Curriculum Standards at NESA, explains, ‘Stage 5 school-developed elective courses may still be taught in future, but will not need NESA endorsement. Courses completed after current endorsements have expired will not be credentialled on RoSAs and HSCs.’

Therefore, the only implication this change has for BHP students is that the course will no longer appear on academic records from NESA after 2022.

At Liverpool Boys High School, almost all of our other electives are school-developed and have not appeared on our students’ RoSAs for the past five years. We have run Big History as an elective many times and fully intend to offer it as an elective next year, and on into the future.

Whether or not BHP continues to be directly endorsed by the board doesn’t impact our decision. Most students complete year 12. In the end, is it more important that every year 10 elective they take appears on a RoSA, or that they have the chance to learn Big History and explore the big questions around life and the Universe?

For more information, please visit the link below:
https://educationstandards.nsw.edu.au/wps/portal/nesa/11-12/Understanding-the-curriculum/curriculum-development/board-endorsed-courses

About the author: Michael Saxon has been the principal of Liverpool Boys High School since 2007 and has introduced many reforms, including project-based learning across years 7 through10; a vertical senior curriculum; and vertical Stage 5 electives with a wide variety of choices including BHP. The school has run BHP for over five years, and it sees offering the course as an important option for the boys. Under Michael’s leadership, the school won the Educator Award for Australian Government School of the Year in 2019, and in 2020 received the Excellence Award in the same category.