Framing the global past 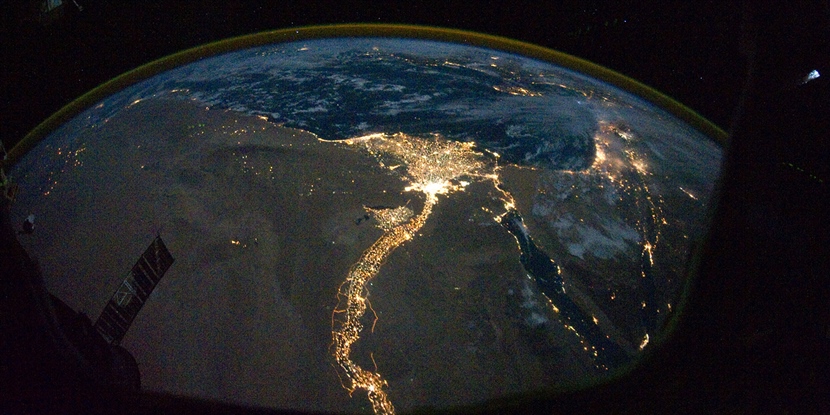 The best example Ever Given

Over the course of the past few decades, history has taken a global turn. World history, global history, Big History, oceanic history—the list goes on. More than any previous generation, today’s historians are writing about connections across the global human community. Why do we—from our vantage in the twenty-first century—seem so drawn to these big, interconnected global histories? Let me try to explain in one image: 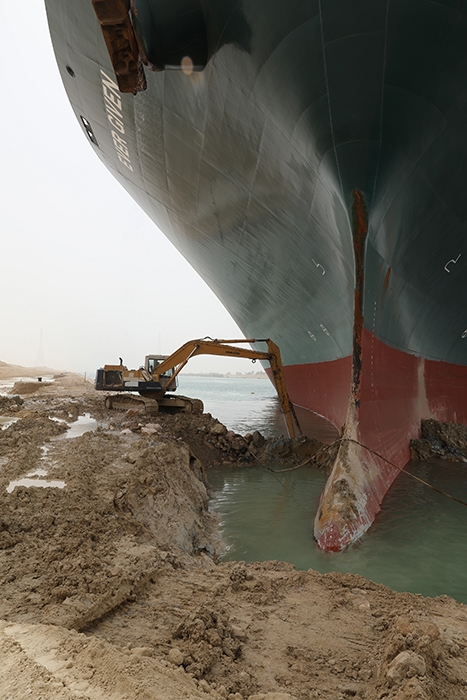 That, as everyone knows, is the gigantic container ship Ever Given, stuck in the Suez Canal after high winds pushed it off course. For a week, it caused a global traffic jam that backed up much of the world’s shipping industry. One ship. Seven days. Entirely disrupting global trade, substantively changing life for billions of people over a period of months. No wonder historians today write with an eye to big, global structures and patterns. No wonder history is so concerned with linkages and networks today.

That’s the world we live in. A world in which a seven-day delay cripples global supply chains. These supply chains were already stressed, thanks to the pandemic and climate crises. If you’ve tried to buy any large appliances or furniture recently, you’ll know what I’m talking about.

Container ships are one of the best symbols for our global, capitalist system. They’re big—the Ever Given is a quarter mile long and weighs as much as 20 Eiffel Towers. They move a lot of stuff—the Ever Given can carry up to 20,000 containers. Stacked end-to-end, that’s 70 miles of boxes. Today, these ships move most of the stuff we buy. And this kind of shipping consumes an alarming amount of fossil fuel—the global shipping industry is responsible for three percent of greenhouse gas emissions. If shipping were a country, it would be a top-six emitter.

This one nautical whoopsie is going to disturb your life. Twelve percent of global trade passes through the Suez Canal. That means during the week the Ever Given was stuck, about $60 billion in global trade was delayed. We’re going to feel the effects of these delays well into 2022, in the form of high prices and shortages.

And it could have been worse. It wasn’t big machines or tugboats that got Ever Given refloated. Do you know what saved us from even more significant impacts? The Moon. The Suez Canal Authority was lucky to enjoy the arrival of unusually high tides as they finally levered and pushed the ship off-ground on March 29.

So, an abnormally strong dust storm blew the ship off course, disrupting global trade, and celestial movement saved us. The next time a colleague questions the utility of Big History, you might remind them of the Ever Given. 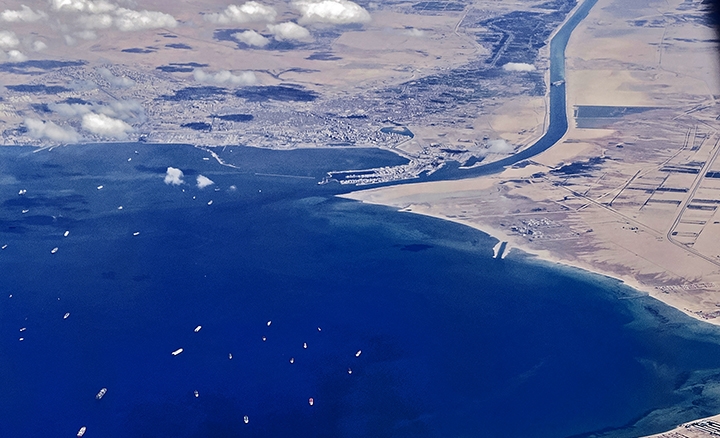 An aerial view taken on March 27, 2021 shows stranded ships waiting in queue in the Gulf of Suez as the Ever Given remains grounded in the canal (top right).

Historian Yuval Noah Harari has argued that “the past is often a product of the present.” Your students might read that sentence and think it’s a typo. But it’s not. Another historian, Patrick Manning, puts it a slightly different way: “The past is over and will not change. Yet history...shifts with every generation.” How historians frame history is a product of their present conditions. If you need more evidence than the Ever Given, consider the rise of national history in the nineteenth century, as new nation-states sought to bolster their historical bona fides. Or the Eurocentric histories that emerged from this same period, when European industrial empires ruled much of the world. During the Cold War, the US government funded the growth of area studies as they sought to develop regional expertise in the global struggle against the Soviet Union. The 1960s saw the rise of social history focusing on topics like gender and labor, mirroring the transformational social movements of that period. And it’s no surprise that, in the era of catastrophic climate change, environmental histories have become popular.

We make the history of yesterday, today.

It’s an important point to make to students: the past happened the way it happened. There’s no changing that. But how we look at the past, the things we focus on, and the frames we use to build convincing narratives—those are all a product of the present. This realization gives students some agency. It’s one of the reasons we teach them to “think like a historian” and “create usable histories.” A lot happened in the last 13.8 billion years. The immensity of all that history—and how it all fits together—can be overwhelming. In WHP and BHP, we’ve chosen three frames and eight thresholds to help organize all this history. But we don’t want students thinking that those frames and thresholds are the end of the conversation. We want them to build their own. 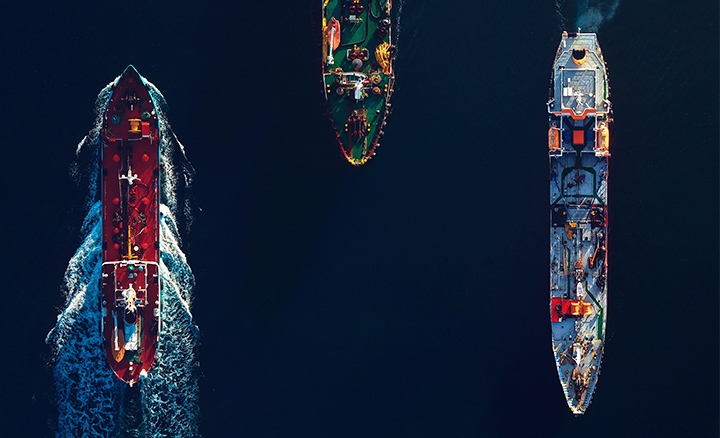 As we approach the end of the school year, your students are getting familiar with globalization. They should already be cozy with our frames and thresholds. Why not ask them to build their own? For example, what do they think we’re missing in WHP by focusing on communities, networks, and production and distribution? David Christian’s threshold narrative is one of increasing complexity. Is that the right narrative to use? Did he leave out an important threshold? From here, students can start placing their own personal narratives in the vastness of the past. Here’s a suggestion for a fun mini-project, perfect for end-of-the-year wandering minds:

Step 1: Build the frame/threshold. Students choose a new frame or threshold with which to understand the history of the last 100 to 150 years (gender, technology, interconnection, for example). What’s the one-sentence big narrative for this frame or threshold? What events, processes, and structures does this frame include? Or what ingredients and Goldilocks Conditions does this threshold include? How has this frame changed in the last century? How has this threshold created something more complex? What are some commonalities and differences across geographic regions or time periods? How does this frame or threshold change how we understand globalization? Students might draw inspiration from rewatching Bob Bain’s WHP frame introduction videos or reviewing David Christian’s “Complexity and Thresholds” article. For WHP students, how does the student-created frame tell us a single story, and how does it reveal the diversity of human societies? For BHP students, how does the student-created threshold build upon the narrative of increasing complexity, or how does it challenge that idea?

Step 2: Support, extend, challenge. Students should select two of our new graphic biographies. Explain how the stories of these individuals support, extend, or challenge the student-created frame or threshold narrative.

Step 3: Frame yourself. These graphic biographies can help students “see themselves” in history. Well, why not go a step further? As the final piece of this frame building exercise, ask students to “draw themselves” into history with their own graphic biography, telling the story of their life—through the frame/threshold they created. This can serve as follow-up to the WHP Who Am I? or the BHP History of Me activities. Where do students begin their narrative? What’s the big centerpiece event? When they’ve finished, have them share their frame and threshold descriptions and graphic biographies with partners or groups. Does the new graphic biography support, extend, or challenge the student-created frame/threshold? How do the stories of students’ lives challenge the big narratives of the last century?

Historical tools like frames and thresholds provide the scaffolding to help us construct events, processes, and structures into a coherent narrative. Armed with these tools, students are better able to identify evidence of connections across the human community while also uncovering the richness of regional variation and personal experience.