“Give me cereal, or you get death!”

How do societies balance “order” and “liberty”? How does the state protect, or coerce, citizens? What are the costs and benefits of government?

As governments around the world attempt to convince—or coerce—citizens to stay home and wear masks, these debates take center stage. But efforts at collective safety have been met with the objection that they impinge on personal liberty. These are versions of debates that have been going on for millennia. The tension between liberty and government has existed since the very first states.

Human history is often told as the history of states. But until the last few centuries, statelessness has been a common state. The big narratives of world history insist that humans chose to live in settled agricultural communities because states offered significant benefits. But this big narrative needs revision. It turns out, cereals might be to blame for your tax rate.

Now, before you dust off your pitchforks and take aim at Count Chocula, let me explain.

In his book Against the Grain, political scientist James C. Scott argues that cereal grains (including wheat, rice, millet, barley, sorghum, and maize) created states. Early states demanded taxation in the form of these grains. Cereal grains could be stored for long periods, they were available in large quantities, and they could be divided into standardized measurements. So, once governments started requiring subjects to pay taxes in cereal grains, people farmed more of them. Gradually, foraging and other forms of agriculture became less common.

Unfortunately for them, early states—like the city-state of Uruk in Mesopotamia—always needed more people. Farming was hard in Mesopotamia, and it required a lot of labor. Early states enslaved people, forcing them to relocate to agricultural areas. The Assyrian Empire became brutally efficient at this sort of state-building project. Early legal codes, such as the Code of Hammurabi, featured laws to discourage free movement and to punish those who escaped enslavement.

The struggle to define the proper role of government outlasted the first states in Mesopotamia, and it has arisen in every region. For example, during China’s Warring States period (475–221 BCE), two belief systems attempted bring order to the chaos. Confucianism asserted that people were good if provided moral instruction. The ideal Confucian ruler was akin to a parent—setting an example and promoting proper behavior. Legalism, on the other hand, urged centralized, absolute rule. People were fundamentally corrupt, argued the legalists. They proscribed brutal punishments for minor offenses. Legalist rulers strictly regulated military and agricultural matters, used enslaved labor, and limited the free movement of peasants. Though the legalists prevailed in the Qin dynasty, which emerged from the Warring States period, the tension between these schools of thought continued in each subsequent dynasty. 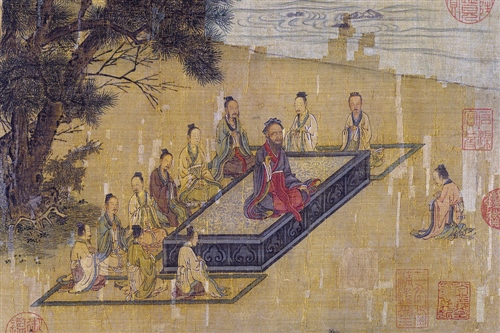 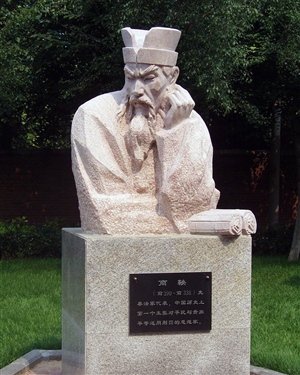 For most of human history, the right of a sovereign to govern over subjects was generally accepted and often—as the legalists preferred—absolute. Enlightenment thinkers and revolutionaries challenged this right. The careers of people like Edmund Burke and Rifa’a al-Tahtawi centered on the tension between government control and personal freedom.

The emergence of revolutionary, republican governments did not end state control. To the contrary, states that emerged from liberal and national revolutions sought to refashion subjects into citizens. In revolutionary France, for example, the government sought to make France French. Over 26 million people lived in revolutionary France, but only 3 million of them were “pure” French speakers. Six million people could not speak French at all. Dozens of different languages were spoken throughout the country. This sort of diversity is problematic for a centralized state. It makes it hard to keep track of everyone, which complicates tax collection. During the long nineteenth century, the French government set out to standardize elements of French life. They promoted public education, French as the national language, and introduced new standard units of measurements—the metric system. In many ways, these domestic programs resembled French imperialist policies abroad. 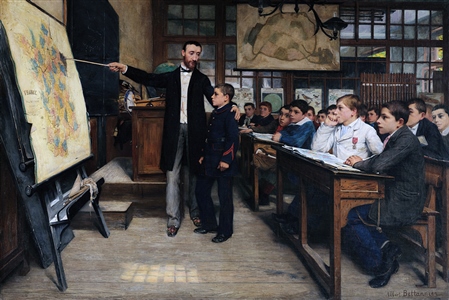 States rely on coercion and standardization to exercise control, but in many instances, they have also worked to persuade their citizens. Particularly in the modern era, states have helped drive improvements in democracy, science, and healthcare. To us in the present—who enjoy smartphones, air conditioning, and vaccines (especially vaccines)—the brutal repression of people long ago is perhaps a reasonable price to pay. But what about government today? Much of humanity has been living under the rule of states for thousands of years. We must have figured it out, right? Isn’t there a Goldilocks zone of government control that we’re all comfortable with?

Vaccines are a pretty good lens to use to view a society’s understanding of the tension between liberty and order. As the world ramps up for the distribution of a COVID-19 vaccine, governments face resistance from those who believe mandatory vaccination is a violation of personal liberty. Still, governments need to inoculate a certain percentage of the population for a vaccine to be effective. Should governments force people to vaccinate, like Sumerian kings demanding their share of barley?

Well, the American government does have some experience with this dilemma. When the government feels it would be better to change minds than force compliance, it has often produced advertising campaigns. Since 1941, the Advertising Council has partnered with US agencies to address big, national challenges. From “Loose lips sink ships,” to “Only you can prevent forest fires,” the Ad Council has been a key piece in getting Americans to wear seat belts, prevent wildfires, and reduce litter.

During the 1940s and 1950s, polio epidemics killed or paralyzed tens of thousands of people a year. Parents feared letting their children play outside. By 1954, Jonas Salk’s polio vaccine offered hope. But the vaccine required three sets of shots, and the government faced skepticism as millions of Americans refused to vaccinate.

Enter the Ad Council. They produced an ad campaign and leveraged the celebrity of Elvis Presley, who received the vaccine on national TV. By 1960, 80 percent of the at-risk population in the US had been vaccinated. Infections declined rapidly, and since 1979, no cases of polio have originated in the US. 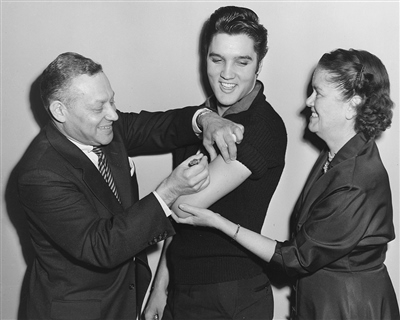 Governments have coerced, they have standardized, and they have persuaded. The Ad Council has been trying to convince people to prevent the spread of COVID-19 with their #MaskUpAmerica campaign. Now, they are launching a $50 million campaign—the largest in the agency’s history—to convince a skeptical public to get vaccinated. So far, governmental efforts seem to be working: As of December, around 60 percent of the American public says they would get the vaccine, up from 50 percent in September. But there is more work to be done.

Robb, Graham. The Discovery of France: A Historical Geography from the Revolution to the First World War. New York: Norton, 2007.

Shapiro, Ari. “And Now for an Important Message: Convincing You to Get the Coronavirus Vaccine.” NPR, December 4, 2020. https://www.npr.org/sections/coronavirus-live-updates/2020/12/04/943151549/and-now-for-an-important-message-convincing-you-to-get-the-coronavirus-vaccine.

About the Author: Bennett Sherry holds a PhD in history from the University of Pittsburgh and has undergraduate teaching experience in world history, human rights, and the Middle East. Bennett writes about refugees and international organizations in the twentieth century. He is one of the historians working on the OER Project courses.

Header imager: Frontispiece of Leviathan, The Matter, Forme and Power of a Common Wealth Ecclesiasticall and Civil by Thomas Hobbes, 1651; engraving by Abraham Bosse. © Stefano Bianchetti/Corbis via Getty Images