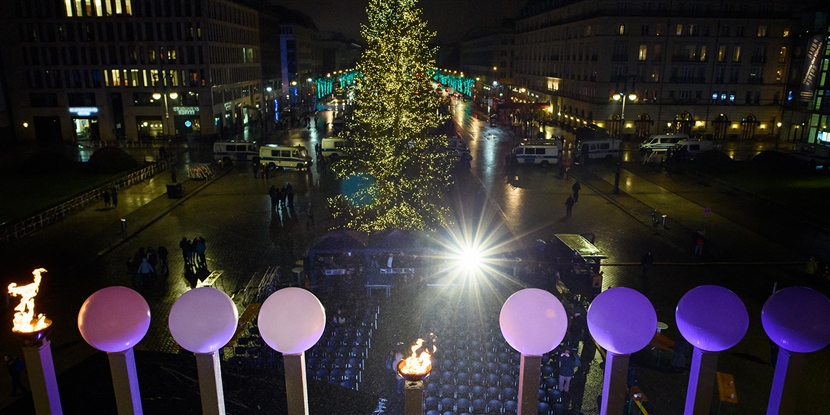 The arrival of colder temperatures, at least in the northern hemisphere, means it’s holiday season! Our students start to get excited for this time of year—I mean who wouldn’t, right?! They get to dress up for Halloween, enjoy the lights of Diwali, stuff themselves for Thanksgiving, and celebrate Christmas, Hannukah, and Kwanzaa with family. And, of course, there are the presents! Then there’s New Year’s Eve parties, and here in New Orleans, it’s followed by the decadence of Mardi Gras with parades and balls. It’s an exciting, fun time of year. Admittedly, this year will feel very different from previous ones, and most people will be looking back nostalgically on fond memories and looking forward to future holidays and the return of normalcy. But if you’re thinking like a historian (which is what we’re all teaching our students to do), then you’re probably also thinking: Where, when, and how did these holidays start and why are they such a big part of our lives?

There are a lot of connections we can make to Big History and world history when we ask these questions. Here’s a great opening activity to start off your class tomorrow: Ask your students why we should thank Earth’s tilted axis, farming, ritual sacrifice, and capitalism for the holidays we celebrate at this time of year. You might get some puzzled looks, but I have a feeling that once they start thinking about it, they will piece together a pretty solid answer. But if they continue to look confused, you can use this blog to help them connect the dots and see the tie-ins to the history they’ve recently learned, or they’re about to learn.

Many of the holidays traditionally celebrated at this time of year have to do with the seasonal changes that result from the tilt of the Earth. With the end of summer, the autumn harvest, and the approach of the winter planting season, early farming communities made offerings to their gods and participated in festivals. The Celts celebrated Samhain (“end of summer”) by kind of freaking out about how the Celtic gods were coming to play tricks and torment them. To placate their spiteful gods, the Celts made sacrifices and offerings to the gods—a lot like our “trick or treat” rituals today. 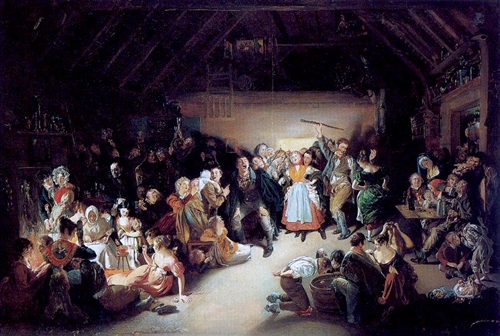 Harvest celebrations were central to many communities around the world, as people rejoiced and thanked the gods for abundant crop yields. In Asia, the Chinese Mid-Autumn Festival has its roots in the Shang dynasty but became more popular during the Tang. This festival centers around harvest and honoring the dragon—a symbol associated with water and rainfall. Similar festivities take place in Japan, Korea, and Vietnam, with a focus on the autumn harvest and celebrations of lunar cycles. For those of us in America, the holiday of Thanksgiving, with somewhat legendary origins in the first shared feast between English colonists and Indigenous Americans, more likely was a continuation of the ancient tradition of giving thanks for the fall harvest.

Dragon decorations at the Mid-Autumn Festival in Singapore, 2006. By Sengkang, CC0.

The history of Kwanzaa can also be connected to ancient harvest and thanksgiving celebrations. Kwanzaa was created by Dr. Maulana Karenga in 1966 and is celebrated over the course of seven days, from December 26 to January 1. Dr. Karenga, a professor of Africana studies at UC Long Beach, envisioned a holiday with spiritual roots in African first-fruits rituals, in which the community would come together to give thanks for the first fruits of the harvest. Today, Kwanzaa is celebrated in some African American communities as a holiday that embraces pan-African traditions and centers around giving thanks and building relationships.

Another holiday celebrated in December with a focus on family and community is Hanukkah. While Hanukkah isn’t tied to the harvest, its evolution as one of the most recognizable holidays in America is linked to its relationship with Christmas, consumerism, and assimilation. Hanukkah commemorates the defeat of the Seleucid army by the Maccabees, members of a strict sect of Judaism, and the rededication of the Temple of Jerusalem in 164–165 BCE. For centuries it was celebrated as a minor holiday of observance. However, it gained importance in early twentieth-century America.

The rising importance of Hannukah within Jewish-American communities reflected the growing commercialization of Christmas and that holiday’s move into public space. In the late nineteenth and early twentieth centuries, American companies and advertising agencies began cashing in on Christmas. Macy’s kept stores open late for last-minute shoppers, and its flagship store in New York City hosted a Santa Claus, who listened to children’s Christmas wish lists. Christmas and gift giving became synonymous. For Jewish immigrants living in America, this aspect of Christmas seemed like one that could be adopted in a way that balanced assimilation and identity confirmation. Historian Jenna W. Joselit notes that by the 1920s Hannukah had “come into its own as a Jewish domestic occasion and an exercise in consumption.” Of course, while the commercialization of these holidays is hard to ignore, simply because of the ubiquity of holiday marketing in stores and advertising, both Christmas and Hanukkah do hold deep religious and cultural significance to many.

It's no wonder that we feel such a connection with holidays at this time of year, as they are rooted in tradition, faith, and the love of giving and receiving gifts. Today the holiday season begins before we even celebrate Halloween, when the pumpkin-spice craze begins and people comment that the holiday decorations begin appearing in retail stores earlier every year. It seems that we’re always up for a reason to celebrate, whether it’s the changing of seasons, harvest, shared religious beliefs, or buying presents that some of us tell our children come from a fat man that fits down the chimney. This year will feel different from previous holiday seasons, but the historical roots of our holidays just might provide a sense of continuity and some solace in the hope that things will get better again.

About the author: Bridgette Byrd O’Connor holds a DPhil in history from the University of Oxford and has taught the Big History Project and World History Project courses and AP US government and politics for the past 10 years at the high-school level. She currently writes articles and activities for WHP and BHP. In addition, she has been a freelance writer and editor for the Crash Course World History and US History curricula.

Cover image: Hanukkah menorah photographed in front of a Christmas tree at the Brandenburg Gate in Berlin, December 2, 2018. © GREGOR FISCHER/DPA/AFP via Getty Images.