How do we know what we don’t know? 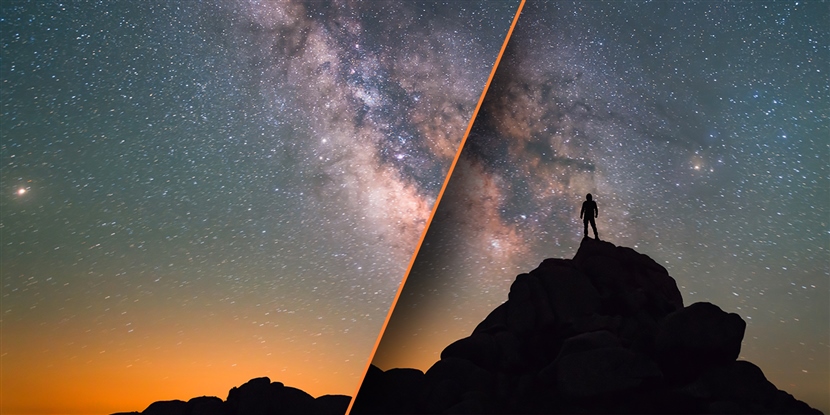 How do we know what we don’t know? If you’re a world history or Big History teacher, you’ve probably realized by now that there are one or two moments during the past 13.8 billion years of our Universe’s history about which you don’t know everything. We know the lengths that OER Project teachers go to as they seek to fill gaps in their knowledge—just check out our community for endless examples (and countless helping hands)! As educators, we often go to great lengths, but have you ever collaborated with enemy teachers? Demanded cash from school administrators more interested in funding their war effort than expanding knowledge? Crossed an ocean full of hostile U-boats to learn about the Universe?

Well, a few British scientists did just that, and they changed our world. Their story contributes to Big History’s concepts surrounding the history of science and collective learning, but it also sets the stage for students of World History Project as they approach the interwar period between the First and Second World Wars. The story highlights the heights of human potential when scholars are able—and willing—to put aside nationalist hostilities and work together in the pursuit of knowledge.

During World War I, an unlikely collaboration across enemy lines revolutionized science. British astronomers in Cambridge and a German theoretical physicist—then on opposite sides of the global conflict—changed our understanding of the Universe. At a time when much scientific research was directed at the war effort, a small group of British astronomers, led by Arthur Stanley Eddington, was preparing to travel to West Africa and South America to take images of a solar eclipse. The images were to provide evidence to test a speculative theory that might challenge the Newtonian view of the Universe. This speculative theory was the theory of general relativity, put forth by a little-known physicist named Albert Einstein.

In a time of almost total war on Earth, it was hard to get people to care about theoretical light-bending gravity in outer space. It was also hard to communicate across enemy lines, secure funding, and travel long distances. But still, these British astronomers embarked on their expeditions. The goal was to measure how starlight bent when it was close to the Sun, and the 1919 solar eclipse was a rare opportunity to do so. The degree to which the starlight bent would prove or disprove Einstein’s theory. The photos these astronomers took ultimately supported Einstein’s theory, catapulting the German physicist to world fame just as the warring nations signed the Treaty of Versailles.

In 1919, the observation of a solar eclipse confirmed Einstein's general theory of relativity. This image shows how light bends in the presence of mass. © Encyclopaedia Britannica/UIG via Getty Images.

But why go through all the trouble to test some speculative theory? In a time of chemical weapons, sinking ships, and unimaginable death, why travel across the globe to check if a new theory about gravity was viable? After all, Newtonian ideas had done just fine for centuries. Well, they did ... and they didn’t. Newton’s law of universal gravitation worked well for understanding how objects on Earth were attracted to one another, and it was decent at explaining the motion of most planetary bodies. But there were some troubling gaps and anomalies that Newton’s theory didn’t explain.

These gaps helped physicists identify what they didn’t know. For example, since the mid-nineteenth century, scientists had noticed that Mercury’s orbit wasn’t quite where Newton’s theory had predicted it should be. Plus, Newtonian physics didn’t work very well at high speeds. Recognizing these limitations pushed people to seek new explanations.

Enter: Einstein, who offered an updated theory of gravity that helped explain these anomalies. For Newton, all objects exert an attractive force on one another—our classical understanding of gravity. But for Einstein, gravity changes the fabric of time and space. Think of four people stretching a bedsheet out from all four corners—that’s the fabric of space-time. Then, imagine putting a bowling ball in the center. Its heavy mass would pull the sheet down, and that would warp the space itself. If the bowling ball were the Sun, it would warp the orbits of the planets around it. That helped explain the anomalous orbit of Mercury: the Sun’s gravity pulls space-time so much that it alters Mercury’s path. 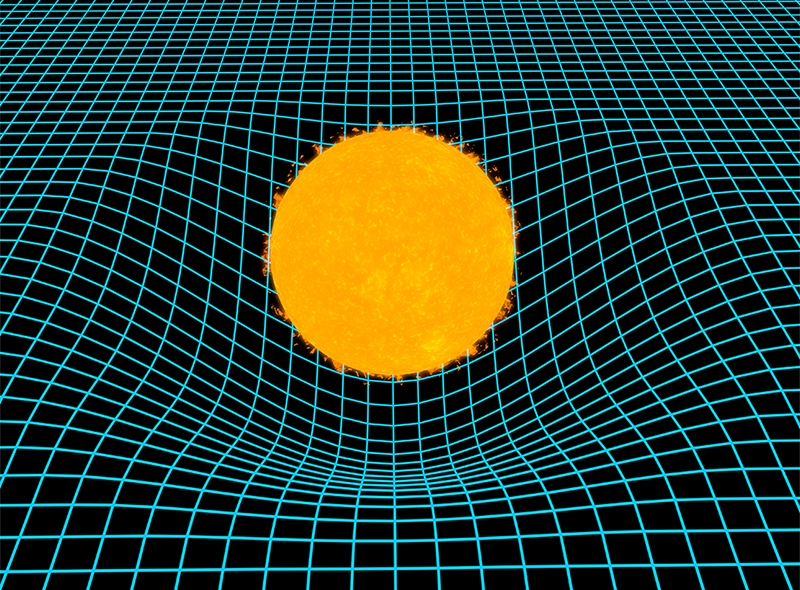 Distortion of space-time by the gravitation of the Sun. © Martin Baumgaertner / Getty Images.

A few anomalies led to an inquiry that dramatically transformed our view of the Universe. And Einstein’s theory continues to power scientific inquiry today. Yet we continue to encounter new anomalies, new mysteries, and unexplained forces just beyond the horizon of our knowledge. For example, Einstein may have helped us predict the existence of black holes, but his theories don’t fully explain them. Black holes are highly unusual. They disrupt the fabric of space-time so extremely that we’re not sure how to think about them.

There’s a lot we still don’t know about our Universe and about our world. But knowing what we don’t know is a major step in scientific—and historical—inquiry. Anomalies, gaps, and mysteries spark investigations and push the boundaries of our collective knowledge of the Universe.

Whether yours is a BHP or WHP classroom, teaching students what we don’t know can help them almost as much as teaching them about all the stuff we do know. You might ask your students to make a list before they begin your next lesson. Ask them to write everything they know they do not know about the subject. Then, at the end of the lesson, ask them to write again, listing everything the experts still don’t know about the subject. Students might jot down that they don't know much about black holes or what led to the collapse of the Roman Empire. Then, after the lesson, you could point out how there are still gaps in our collective knowledge when it comes to both these subjects and that scholars continue to debate them. That invites them into collective learning in a unique way because it has them asking the questions that power inquiry. Do you have other methods to help students identify the gaps in our collective learning? If you do, post them in the OER Project Teacher Community!

About the author: Eman M. Elshaikh is a writer, researcher, and teacher who has taught K–12, undergraduate, and graduate students in the United States and in the Middle East. She teaches writing at the University of Chicago, where she also completed her master’s in social sciences and is currently pursuing a PhD. She was previously a World History Fellow at Khan Academy, where she worked closely with the College Board to develop a curriculum for AP® world history.