Human history and the environment 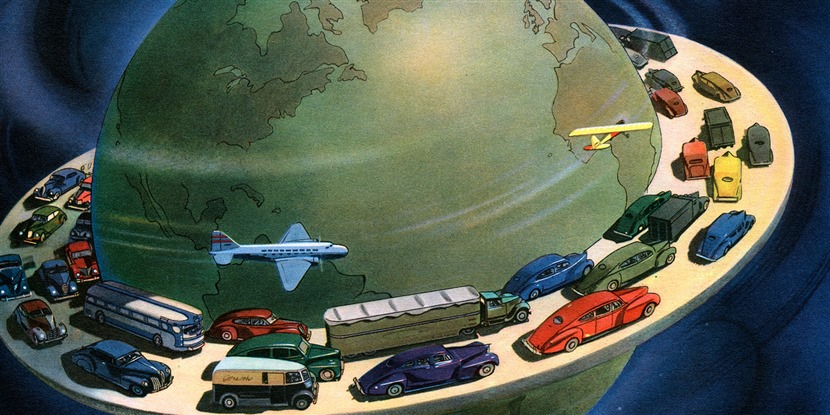 In the era of COVID, it is almost impossible to deny the connections that exist between humanity and the web of life and matter around us. It’s not just the virus that reminds us of these connections. It’s the wildlife that reclaim our streets and the way the air and water clear when we’re sheltering in place.

These connections are, in many ways, the foundations of Big History. The Big History Project has an entire lesson on the numerous interactions between astronomical, geological, and biological factors. For example, when the earliest of organisms on Earth evolved and harnessed the Sun’s energy, oxygen levels increased considerably, which led to a dramatic change in Earth’s atmosphere and eventually, its landscape. Conversely, when an asteroid hit the Earth 65 million years ago, the planet’s geography and biology transformed—an event that allowed our mammalian ancestors to flourish in new niches. Or for a more modern example, our use of fossil fuels and human-made chemicals has altered our environment, so much so that many geologists argue that we are now living in a new epoch called the Anthropocene.

Such evidence suggests strong ties between Earth and the life that inhabits it. But the extent to which the environment shapes human history and society —and also the degree to which humanity impacts the environment—is an issue with which we continue to wrestle. Take for example the sometimes controversial work of Jared Diamond. Diamond argues in his book Guns, Germs, and Steel that much of the history of humanity has been shaped by geographical or environmental factors. In his retelling of human history, the shape of continents, the weather, and the species that developed in different regions played a huge role in the particular histories of the people that inhabited them. 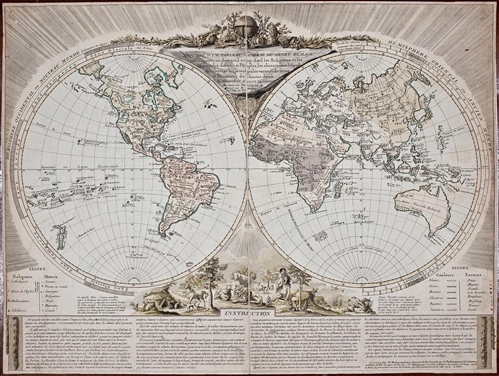 Although it’s impossible to deny that the environment has played a role in human history, the connections, according to most historians, are complicated. The environment certainly played a role in where early societies appeared—frequently along river valleys, where humans had access to fresh water for crops and access to a means of transportation, which facilitated trade. But humans also shaped their environment: they invented irrigation and created technology that enabled them to transport goods across difficult terrain—deserts, mountains, forests, and seas—thereby creating networks of interaction. These networks were forged across thousands of miles and extended both east-west across Afro-Eurasia and the Silk Road routes as well as along north-south corridors connecting early societies in the Americas. Geographic and environmental factors such as the availability of indigenous animals and resources certainly played a role in how these goods were transported—via domesticated pack animals in Afro-Eurasia or carried by humans in the Americas—and what societies had access to, such as the availability of wet coal in England, which was a driving factor of industrialization. But human institutions like states and belief systems also played a pivotal role in how we interacted with one another and in many ways, were more powerful than environmental factors.

In teaching our students about the development of societies and their access to natural resources, we should certainly focus on environmental factors. One way to do this is to ask your students to investigate the city or town in which they live. Is it a result of its environment? The city where I live was built around a lake and a river and was inhabited by Indigenous Americans long before Europeans arrived. What about theirs? 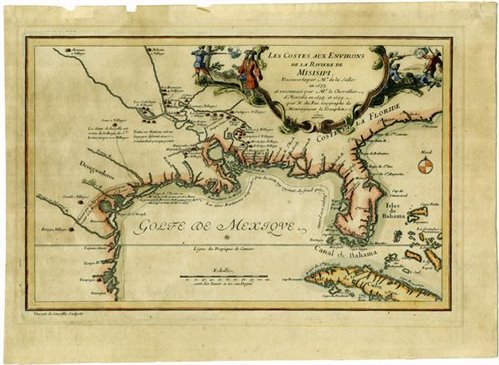 Yet, we cannot discount humanity’s influence on the environment as well. The Columbian Exchange and the Industrial Revolution are prime examples of how humans have shaped the environment, from the introduction of new plant and animal species to different regions of the world to our use of fossil fuels in industrialization and the expansion of empires. In particular, we should challenge our students to think critically about these environment-human interactions, especially as we reflect on climate change and the increasing economic inequality between nations of our world today.

Vintage illustration of the globe of the world, surrounded by cars and planes driving on a highway around its circumference, 1941. Screen print. © Illustration by GraphicaArtis/Getty Images.