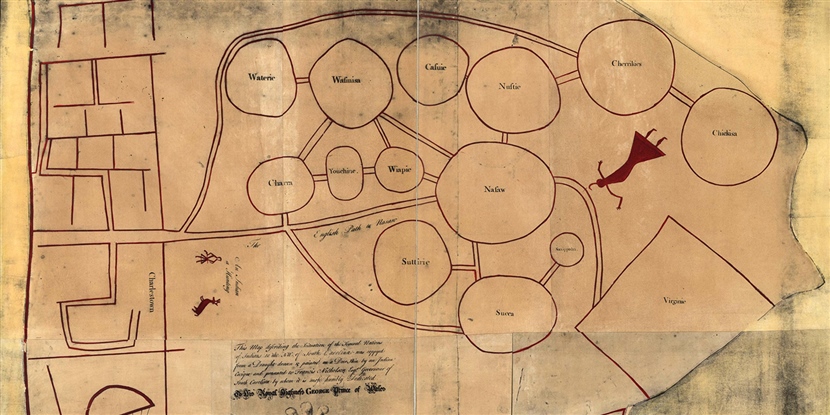 Note: This article is  available as a printable PDF should you want to download it and use in class.

If you teach in most states, you probably get a day off on October 11 for Columbus Day. But if you live in one of 13 states and a growing number of cities, you might be getting a day off for Indigenous Peoples' Day instead. The movement to replace Columbus Day—named for a man who enslaved and massacred Indigenous people in the Caribbean—with Indigenous Peoples’ Day is an attempt to flip the script, taking the focus off European colonizers and slavers like Columbus and instead highlighting the diversity and complexity of the people that were here before—and remained after—1492. Such a focus would include people like Amonute, Macuilxochitl, Paul Cuffee Jr., and LaDonna Brave Bull Allard, all of whom are featured in videos and graphic biographies in the World History Project course. What might it look like if we flipped our teaching script as well, and centered world history on the perspective of Indigenous American societies, both before and after 1492? 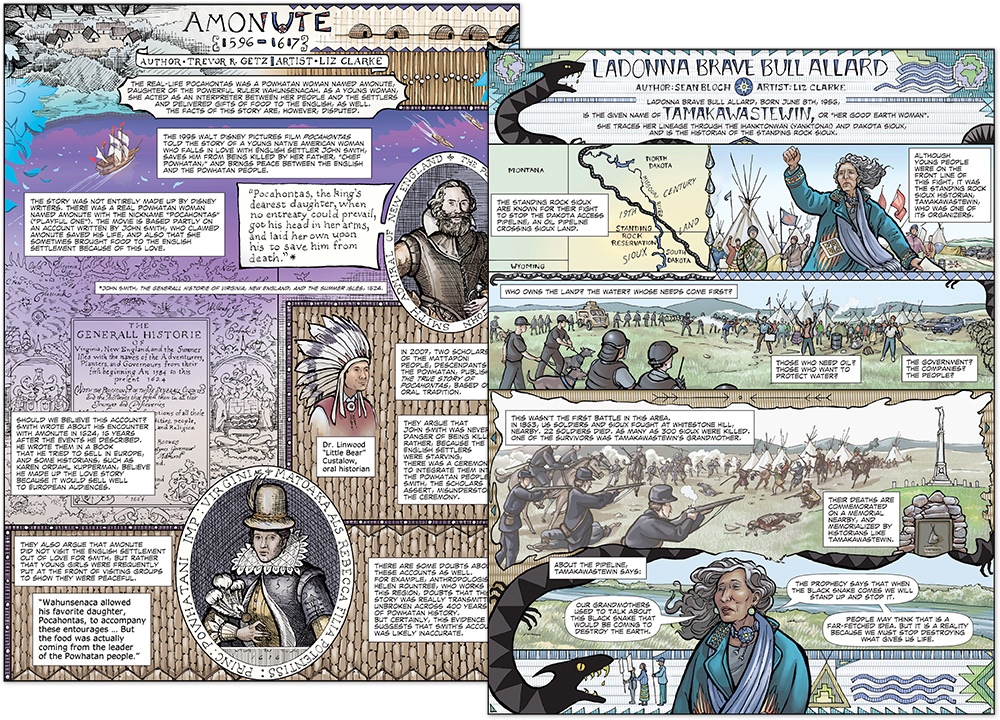 That’s a big question—bigger than one blog post, and bigger than I could handle alone. So I decided to ask an expert. Alaina E. Roberts is an assistant professor of history at the University of Pittsburgh. She writes and teaches about intersections between Black and Native histories in the United States, as well as indigeneity in North America and across the globe. 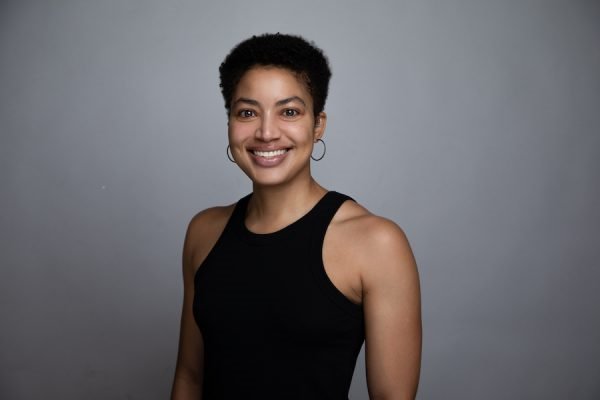 You can find more information about Dr. Roberts as well as links to her writing at: https://www.alainaeroberts.com/ Photo courtesy Alaina E. Roberts.

Complexity and diversity in the precolonial Americas

I asked Dr. Roberts about the debate surrounding Indigenous Peoples’ Day. For her, this debate is representative of the issues surrounding Indigenous Americans in world history more generally. The efforts to replace Columbus Day with Indigenous Peoples’ Day seek to “take the foregrounding away from Columbus and push back against the notion that there was no complexity in the Americas before Europeans arrived.” This is partly a quest for historical accuracy: In truth, long-distance networks connected diverse communities and systems of production and distribution in the pre-Columbian Americas.

How might we teach Indigenous perspectives before 1492? Dr. Roberts offered a few pieces of advice. First, treat nonwritten sources with the same seriousness and importance as written. Oral histories were and are vital to Indigenous societies. You might remind students that many classics they read in English class—The Iliad, Beowulf, and Gilgamesh, to name a few—began as oral traditions. Dr. Roberts also emphasized the need to branch out to other disciplines, like anthropology, which can help us understand the specifics of individual societies and reveal larger processes. For example, in WHP, the narrative of our communities frame assumes that “human communities generally get larger and more complex over time.” In pre-1492 North America, however, we see something different. Here, the pattern was more cyclical, with large-scale migration and the growth of trade helping create larger societies. When these societies collapsed, rather than the restructuring we see in parts of Afro-Eurasia, people often relocated, reorganizing into smaller communities.

Indigenous Americans and the making of the modern world

Reframing our perspective on world history prior to 1492 changes our narrative. What do we gain if we also center the perspectives of Indigenous Americans after 1492? You need look no further than Dr. Roberts’s own work. Her research is focused on the nineteenth century, yet by centering the perspectives and histories of Indigenous Americans, her research challenges how we understand American history, colonialism, and slavery.

Dr. Roberts’s research centers on what are referred to as the Five Tribes—the Chickasaw, Choctaw, Cherokee, Creek, and Seminole nations. The American government referred to these five nations as the Five “Civilized” Tribes because they had adopted Christianity, market capitalism, and other Anglo-American cultural norms. Nevertheless, in the 1830s, all five nations were forced to relocate from the American southeast to “Indian Territory” in what is today Oklahoma, a journey sometimes called the Trail of Tears. But the people of the Five Tribes did not make these journeys alone. Each tribe traveled with thousands of enslaved Black people. Along with other Anglo-American norms, they had also embraced chattel slavery. Dr. Roberts has written about her ancestors, Ned and Jack Roberts and Lydia Jackson, who were among the enslaved forced to make the journey to Indian Territory.

The story of slavery and the Five Tribes is connected to larger world-historical narratives of colonialism, capitalism, and abolition. Dr. Roberts points out that by grappling with Indigenous Americans’ captivity practices before and after colonization, we can help students understand why the Five Tribes adopted chattel slavery of Africans from their colonizers. As in other parts of the world, captivity was common in the Americas even before the appearance of Europeans. Yet, enslavement in this earlier period was most often a form of population replacement, with the enslaved taking over the role of someone who had died. Captives of this sort could win their freedom, and the condition of slavery was not passed on to their children. After European contact, however, indigenous conceptions of slavery became entwined with notions of race and capital, although that process was gradual and uneven. Dr. Roberts points out that many leaders in the Five Tribes had white fathers and knew that plantation slavery was a path to accumulate wealth and perhaps gain recognition in Anglo-American society. By the nineteenth century, the Five Tribes had embraced the racialized chattel slavery practiced in the United States. As in other slave societies, it was the very wealthy who enslaved most people, and some individuals ran large plantations, exporting cotton and enslaving hundreds of people.

Embracing Anglo-American norms didn’t save the Five Tribes from displacement. After forced relocation to Indian Territory, the Five Tribes allied with the Confederacy in the American Civil War. Yet, the Thirteenth Amendment did not end slavery in the sovereign nations of Indian Territory. Treaties in 1866 finally freed and enfranchised the enslaved. But, as Dr. Roberts writes, soon after this emancipation, the US government broke its treaties with the tribes and again forced them from their land as American settlers moved west.

World-historical narratives of abolition focus on when European and settler nations abolished slavery or the slave trade. When textbooks discuss abolition, most maps don’t list 1866 for the Five Tribes, nor do we see Comancheria, where slavery continued into the 1870s. The story told by Dr. Roberts adds complexity to our understanding of the history of the Americas and highlights why it’s important to frame Indigenous Americans not only as victims of colonization, but as active participants in the birth of the modern world, sharing in its triumphs and guilty of its flaws.

I asked Dr. Roberts if she had any advice for world history teachers who are starting a new school year and looking for ways to include Indigenous American perspectives. For Dr. Roberts, the first step is simple but important: “Show students that Native people are human, just like them. Find ways to highlight commonalities.” She recommended a few sources that can help highlight the roles of Indigenous people. Assign Indigenous authors like Sarah Winnemucca, who wrote Life Among the Paiutes and acted as an intermediary and advocate for her people with the US government in the late nineteenth century. Or you might check out An Indian’s Looking-Glass for the White Man, written by William Apess, a mixed-race man who advocated fiercely for the rights of Indigenous Americans in New England in the early nineteenth century.

Map of the several nations of Indians to the Northwest of South Carolina, on Catawba deerskin. Library of Congress, public domain.

Maps like this can offer a window into the worlds and minds of the mapmakers. The author of this map wasn’t concerned about accurate representations of space but with the connections linking a network of Indigenous tribes and European colonies. The map shows the Nasaw tribe positioned in the middle of a network of peripheral tribes, represented as circles connected by paths. English Charleston and Virginia are shown as square grids. An Indigenous cartographer gave this map to the colonial governor of South Carolina in 1721. It served as a guide for the English to the routes and tribes between Charleston and Virginia. You might show this map to students alongside other maps, such as Ibn al-Wardi’s world map, Portuguese portolan charts, or the Ottoman Piri Reis map. Like societies throughout world history, Indigenous Americans were mapmakers, and their understanding of their world played an important role in how European colonists came to understand and portray the land they colonized.

Dr. Roberts concluded our interview by urging teachers not to be hesitant about teaching unfamiliar histories. You should also consider reaching out to experts on Indigenous American history in your community. Indigenous American societies were complex and diverse before European arrival. And after 1492, they cooperated, resisted, and negotiated in their interactions with Europeans. They were and are active participants in the ways that the Americas changed after 1492. Shifting the perspective of our narratives—both before and after 1492—can challenge and extend what we know about colonialism, capitalism, and abolition—themes your students will soon be encountering in OER Project courses. 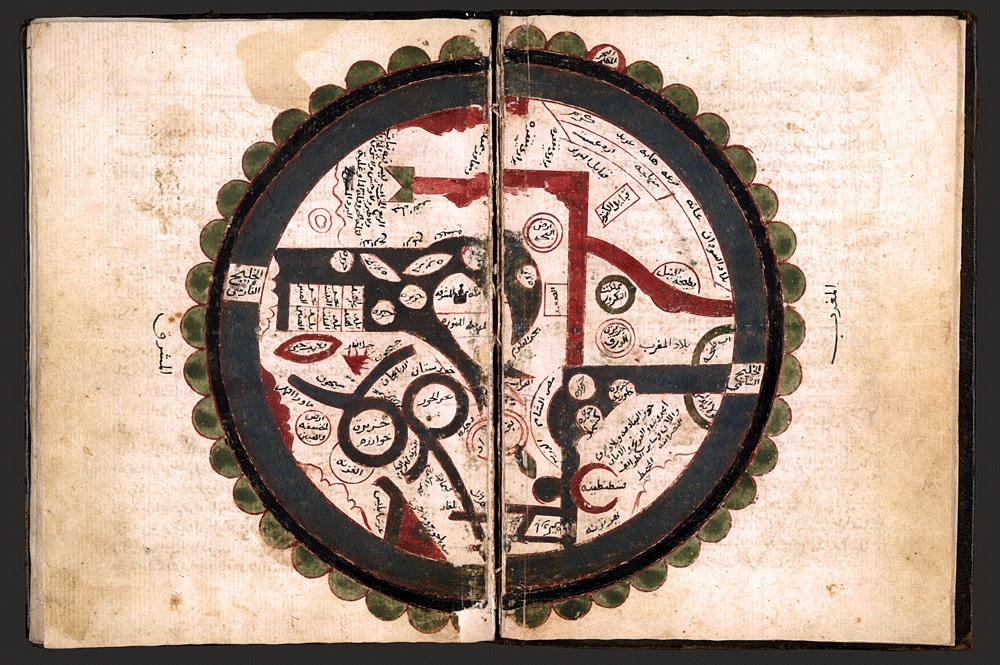 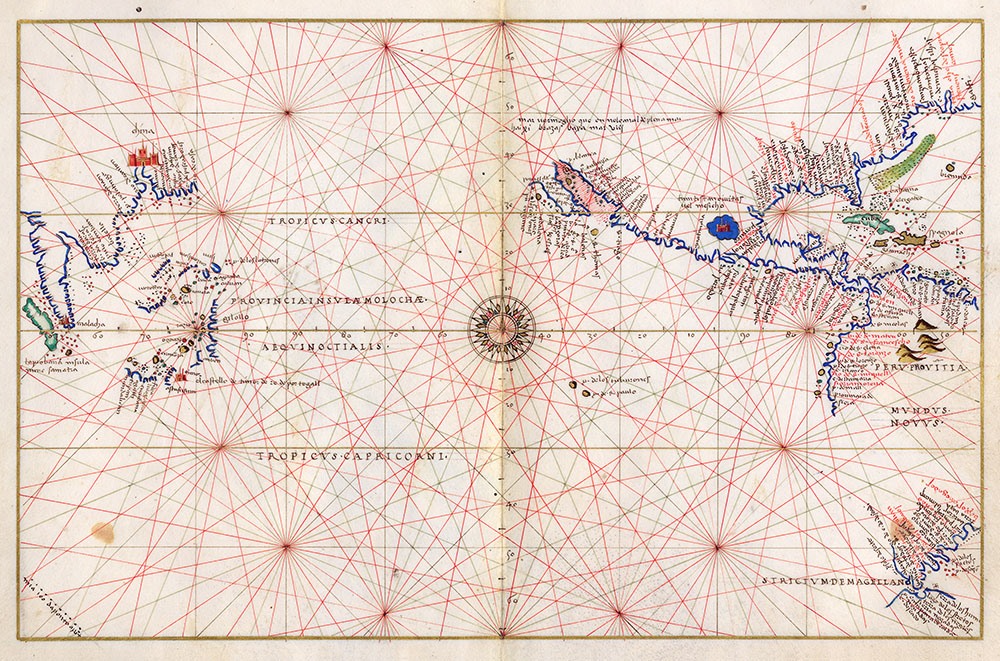 Chart centered on the Pacific Ocean, from a manuscript portolan atlas by, or from the office of, Battista Agnese, Venice, circa 1553. Artist Battista Agnese. © Royal Geographical Society via Getty Images. 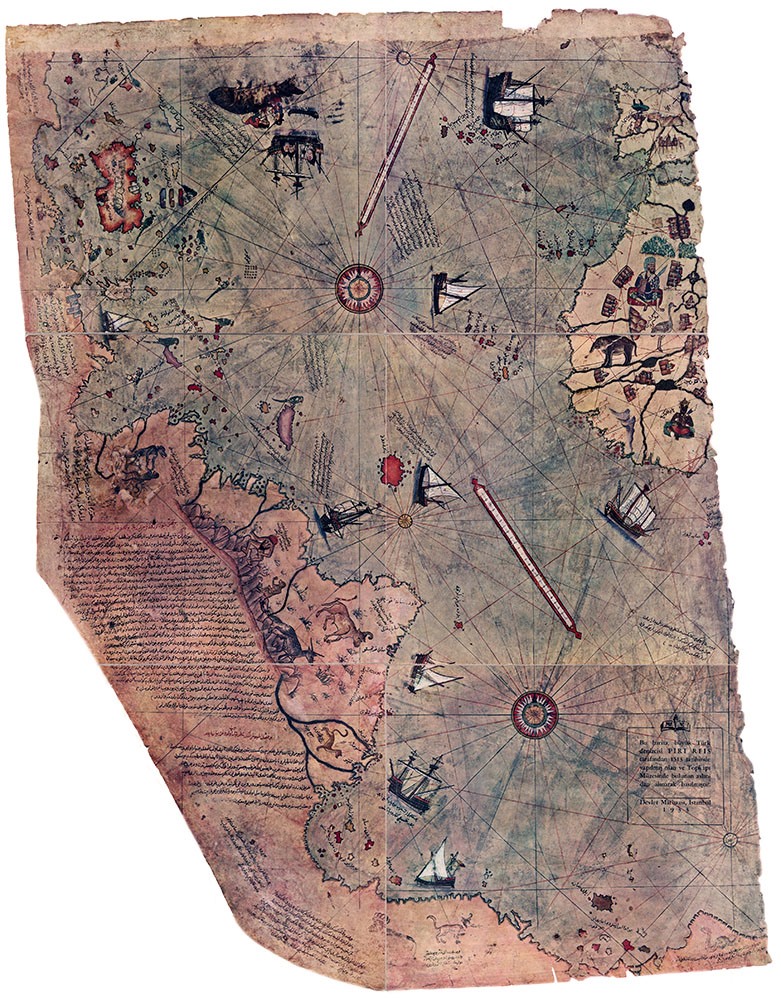 Reproduction of the Piri Reis' map, 1513, Decorative portolan chart of the Atlantic showing the north-west coasts of Africa and Spain, the Caribbean, and the north-east coast of South America. This facsimile reproduction was published in 1933, World, 1513. © Royal Geographical Society via Getty Images.

Alaina E. Roberts is an award-winning historian who studies the intersection of Black and Native American life from the Civil War to the modern day. She is currently an assistant professor of history at the University of Pittsburgh. Dr. Roberts holds a doctorate in history from Indiana University and a bachelor of arts in history, with honors, from the University of California, Santa Barbara. Her first book, I’ve Been Here All the While: Black Freedom on Native Land is now available. In addition to multiple academic articles, her writing has appeared in news outlets like the Washington Post, High Country News, and TIME magazine, and she has been profiled by CNN, Smithsonian Magazine, and the Boston Globe.

Bennett Sherry holds a PhD in history from the University of Pittsburgh and has undergraduate teaching experience in world history, human rights, and the Middle East. Bennett writes about refugees and international organizations in the twentieth century. He is one of the historians working on the OER Project courses.

Cover image: Map of the several nations of Indians to the Northwest of South Carolina, on Catawba deerskin. Library of Congress, public domain.