Protests: They worked for South Africa… Can they work in the United States? 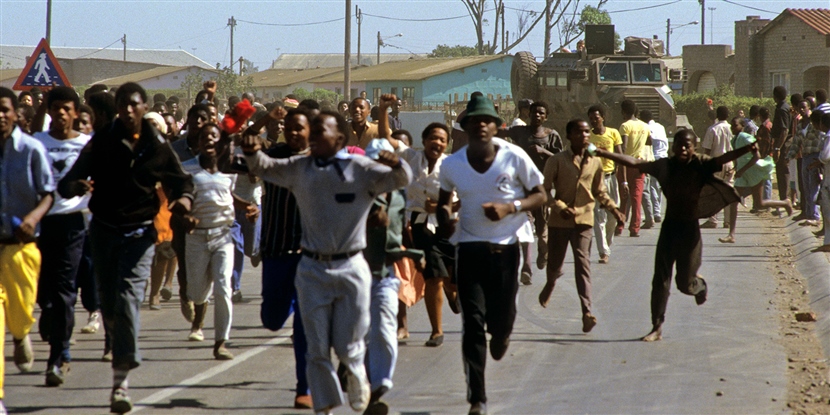 As we watch the upheaval that has spread across the country following the killing of George Floyd, many of us find ourselves asking: “Do protests succeed in creating lasting, meaningful change?”

Historians differ on their answer to this question, partly because different historical movements have had divergent outcomes. The 1848 uprisings in Europe yielded almost no results in the short term. On the other hand, one can point to a long history of revolutions—in Haiti, France, Mexico, Russia, and elsewhere—that decisively transformed societies and governments.

My own research has led me to the conclusion that few popular movements lead to immediate, sustained, and transformational change on their own. At the same time, however, change rarely happens without mass movements to push issues forward over long periods of time. Historically, protests create change by amplifying the protestors’ message to a wider public, which in turn puts pressure on hesitant allies, causing incremental reforms that can eventually lead to decisive moments.

Consider the massive transformation that turned South Africa from a white supremacist state to a multiracial democracy between about 1960 and 1994.[1]

As with slavery in the United States, racial discrimination and oppression were embedded in the South African nation-state from its birth. Built on land violently seized from the indigenous population, the Union of South Africa was created from the merger of four white-ruled states (two republics, two colonies) in 1910. Quite rapidly, the Union government ratified laws that legalized white control over 90 percent of the land (1913 Land Act) and segregated the cities into unequal communities (1919 Public Health Act and 1920 Housing Act). Then, in 1948, racial segregation and white supremacy were fully codified in a set of policies known as apartheid. The policies of apartheid applied eugenics to racial domination. The Population Registration Act of 1949 forced everyone to register as one of four racial groups, each with its own privileges (or lack thereof). These policies produced deep suffering, extraordinary violence, and generational poverty for the black African population of South Africa, and only a little less so for those communities identified as “Coloured” (of mixed heritage) and “Asian.” By contrast, apartheid guaranteed a high standard of living for white South Africans (known as “Europeans”), reserving special jobs and privileges only for them. 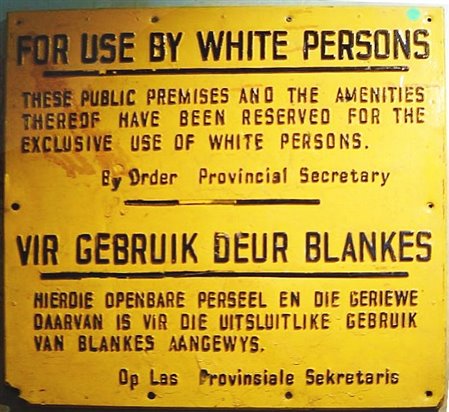 Yet alongside this steady ratcheting up of racial oppression, a mass movement grew to oppose apartheid and its policies. At its heart was an alliance, led by the African National Congress and the United Democratic Front, which demanded multiracial democracy led by people of many ethnicities and communities. Other groups, such as the Pan Africanist Congress, proposed an ideology of independent black action. These groups together and separately sponsored a variety of actions against apartheid policies, including protests.

Many early confrontations between the apartheid system and the opposition resulted from protests against a law that required black South Africans to carry a “pass” signed by their employer. In the 1960s, these passes were used to justify detaining and harassing political dissidents. They also made life difficult for men and women seeking to travel from the segregated ghettoes in which they were allowed to live to the houses in white neighborhoods where they were employed as domestic workers. In 1960, a protest in the settlement of Sharpeville turned violent when police opened fire on the marchers, killing 69 people, 10 of whom were children. But this violence had an unanticipated result. Televisions were beginning to be common in much of Europe and the United States, and many people in these countries were horrified by the images from Sharpeville. The white supremacist South African government needed the support of these countries, in particular Britain and the United States, and so it moved quickly to suppress protests. The government banned most political movements and rapidly militarized their control over black neighborhoods.

Less than two decades later, another mass movement in South Africa caught the attention of the world. Young black students in South Africa were taught from a racist curriculum in inferior, poorly-funded schools. In 1976, they were told they would have to learn in Afrikaans, a language related to Dutch, which few of them spoke. Without the sanction or leadership of any political group or party, they marched against this new policy in the township of Soweto. Again, the government cracked down violently, using military force to end the protests at the cost of several hundred lives (the exact number is disputed). Once again, however, images—and this time video—of the protests caused a massive public relations problem for the South African state as sympathetic protests broke out around the world.

In the wake of the 1976 Soweto uprising, the South African government tried both carrot and stick approaches to prevent further protest movements. Militarized policing continued to be an important part of this strategy, and government agents killed many black activists and leaders. For eight years, they managed to keep the situation relatively calm. Then suddenly, in the mid-1980s, a series of spontaneous uprisings emerged, partly in response to police violence. These protests spread quickly and became school boycotts, consumer boycotts, and then a general strike. The African National Congress and United Democratic Front weren’t prepared for these protests, but they reacted quickly and amplified the protestors’ message to the world. 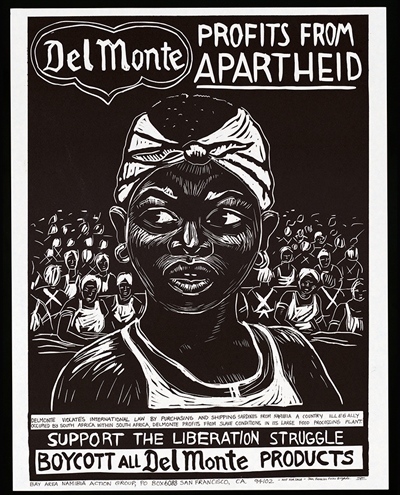 One more time, the government tried to silence protestors with a wave of violence. But the damage was done. By 1984, video recording equipment made it possible for state violence to be captured and played over and over on TV screens around the world. Sympathetic movements emerged around the world. Many of us who lived through the 1980s will remember them. Many of the older protestors in the streets today can remember marching against apartheid 35 years ago. They were led by activists around the world who forced their governments and companies to stop doing business with South Africa. In 1985, the European Economic Community agreed to cease scientific and other forms of collaboration with South Africa. In 1986, the US Congress passed the Comprehensive Anti-Apartheid Act. In the same year, Chase Manhattan Bank led the banking world in refusing to loan South Africa money. Eventually, these sanctions tore down the fabric of the white supremacist state and forced the government to negotiate an end to apartheid. In 1994, it was replaced by a multiparty and multiracial democracy. But this transformation was achieved only with the sacrifices, the sweat, and the blood of black South Africans.

The situation in the US today is not quite the same as South Africa, even though the racialized system of both countries follows roughly parallel and connected histories. Still, as in South Africa, change in the United States has been slow. It hasn’t been “gradual,” however. Instead, periodic waves of protest have shifted the ground decisively at times. These waves have often been the immediate result of mass movements, as in 1968, when popular protests shifted public opinion and created the impetus needed to push through the Civil Rights Act. However, popular protests have not ended structural racism and violence. The 2020 protests may similarly move us forward without resolving this struggle. However, even if change is slow, it doesn’t mean the movement has been unsuccessful. Just as we saw here in 1968, and in South Africa between 1960 and 1994, today’s massive protests are highlighting important issues and forcing difficult conversations—both steps necessary for creating systemic change.

[1] This interpretation owes a great deal to Robert M. Price’s The Apartheid State in Crisis: Political Transformation in South Africa, 1975-1990, (New York: Oxford University Press, 1991).  I first encountered this book as a student, and I am amazed by how resilient its analysis has been to new sources and interpretations.

About the author: Trevor Getz is a professor of African and world history at San Francisco State University. He has been the author or editor of 11 books, including the award-winning graphic history Abina and the Important Men, and has coproduced several prize-winning documentaries. Trevor is also the author of A Primer for Teaching African History, which explores questions about how we should teach the history of Africa in high school and university classes.

Cover image: During an anti-apartheid protest, demonstrators run along a street as a South African Army Casspir (an armored troop transport) drives along behind them, New Brighton, South Africa, April 6, 1985. © Allan Tannenbaum/Getty Images.