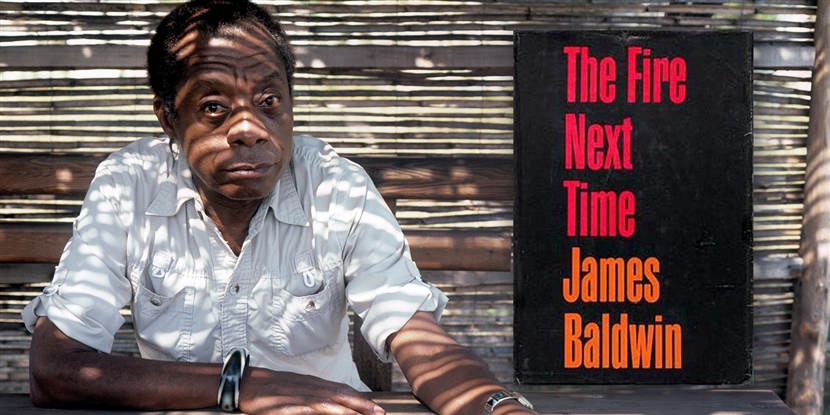 We are excited to announce our first-ever OER Project Book Club pick. This summer, Big History Project and World History Project teachers are invited to join us in reading The Fire Next Time by James Baldwin. Our community discussions about the book will officially kick off on July 6th in the OER Project Teacher Community. In the meantime, we ask that you save-the-date, grab a copy of the book (we suggest checking out your local bookstore for a copy), and prepare for some rich discussion with other members of the community. San Francisco State University professors Trevor Getz (History) and Rob Keith Collins (Ethnic Studies) will be our book club facilitators, and are eager to connect with you and hear your reflections..

In the wake of widespread protests and calls for racial equity and justice around the world, we chose this book to help our community better understand the history of racial injustice. Originally published in 1963, Baldwin’s The Fire Next Time is attributed to giving voice to the then emerging Civil Rights Movement and is considered one of the most influential books about race relations written in the 1960s. Baldwin’s personal experiences and observations about race in America are shown through two essays that make up the book – the first written as a letter to his nephew, and the second focusing on the relationship between race and religion. These essays have influenced many of the most important writers and activists of our time.