While the majority of conversations in the OER Project Community center around all things teaching, it’s nice to get a glimpse into your nonteaching lives, and to learn about the kinds of things you love to do outside the classroom. We’ve learned about your favorite books, sports teams, and now, we’re talking music!

You shared with us an all-time favorite song or album, and thanks to you all, we have a pretty amazing new playlist. Some of your recommendations are featured here—check out the full conversation in this thread. 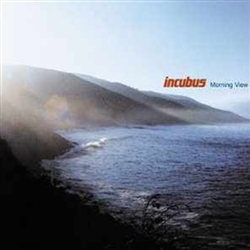 And finally, we’re surprising BHP teacher Jason Manning with a special gift to say thank you for being a part of the OER Project Community! Jason, you’ve inspired a bit of wanderlust in all of us. You’ve got us all thinking about traveling to the Colorado Red Rocks to see some live music! If that isn’t a postpandemic dream, we don’t know what is.

Read on to learn about why Jason loves Incubus, and how he incorporates music into his classes:

OER Project: Do you incorporate music in your instruction? If so, can you share how you use music to teach BHP?

Jason Manning: In Big History, I do play some light music in the background when the students are working in small groups; however, if you want to see a mini-revolt in the classroom, tell a group of 14-year-olds that you will play music, but will be playing your own playlist. The students moan and groan and yell that they’d rather not listen. I’m certainly not playing their music, so the struggle is real.

OER: How did you first learn about Incubus? Share your origin story.

JM: My Incubus story starts in high school (class of ’98), when grunge/alt rock took off. The funny thing is, I didn’t like them at all. It was just this new sound that some friends listened to, and I didn't pay much attention. Their third album, Make Yourself, delivered their first big radio hit. It was a sing-along, acoustic melody called Drive. It was impossible not to hear it in the car, in my dorm room, or just walking around campus. The guitar riff immediately brings me back to Union College. Then, in my senior year of college, I worked an internship at the Pepsi Arena in Albany. I wanted to dip my toes in something other than education just to see if I liked it. I did not! However, I did get to work events and one of the first concerts was Incubus. Now, at the time, I was bitten by the college love bug and my then GF was traveling abroad in Greece (insert eye roll here). The band’s new hit was an homage to their home state of California, a song called Wish You Were Here. All I heard was a call-out to Athens—I wish you were here! Well, the concert was amazing, and I was hooked. The long-distance relationship quickly ended but my fandom for the band continued. I am happy with the way it turned out!

OER: What about the group appeals to you?

JM: The group is constantly refreshing their sound. They can slow it down, or really make it loud, so it fits just about every mood I am in. As I get older, I have come to appreciate the lyrics and writing behind each song. Brandon Boyd, their lead singer, writes his songs like poems and somehow the band figures out a way to set them to music.

OER: You indicated you've seen Incubus in several locations. Why was Red Rocks so memorable?

Red Rocks was my favorite concert because of the beauty of the location. I have seen many concerts but nothing will ever match sitting on the side of a mountain in a seat built right into the rocks with towering red boulders seemingly rising out of the stage. When the Sun falls behind the band and the lights come on for the show, the cliffs have a way of glowing as if the rocks themselves are lighting up.

OER: What's your second favorite group, and why?

JM: As much as Incubus is my go-to playlist, I really do enjoy all kinds of music and will quickly attend any nearby concert. Believe it or not, I’ve seen Billy Joel about a dozen times in concert and Justin Timberlake about a half a dozen times (that’s a whole other story). If you scrolled through my favorite playlist, you would find Kings of Leon, Boyz II Men, Chris Stapleton, Run the Jewels, Biggie, PM Dawn, Michael Jackson, Whitney Houston, Allman Brothers, Prince, Gary Clark Jr., Alicia Keys, John Legend, Korn, Linkin Park, Queen, Rage against the Machine, and Jay-Z. Just to name a few.

JM: I’m not sure it’s Big History related but I’m going to stick with my band and offer up an inspirational song perfectly fitting for the times we’re in. The song is called Undefeated and the opening stanza goes like this:

Could there be another universe?

One that wasn't always out to getcha?
And it breaks my heart a little bit
That here I'm like a sleepwalker
Half alive and hanging by a thread

Maybe there is another Universe, maybe one day we’ll be able to answer some of the big questions that Big History makes us think about. Maybe we’ll never know.

Join the fun—hang out with us in the OER Project Community and share your own favorite lessons, books, and summertime albums!

Cover image: Composite of favorite albums. Fair use. In no particular order: