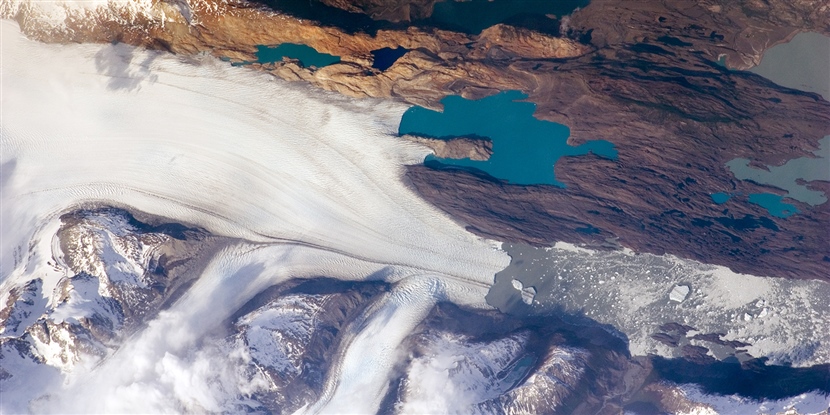 This is not a place of honor

In the 1990s, the US government invited a group of scientists, scholars, and futurists to solve a problem: How can we store nuclear waste so that people don’t dig it up tens of thousands of years in the future? The group decided that the method couldn’t include a written warning—future people might not be literate. And the warning needed to convey the idea that there was something very dangerous and also completely worthless buried below. The group realized that we need to mark the spot without tempting people to dig for ancient secrets and valuables. After all, treasure hunters and archaeologists keep opening Egyptian sarcophagi, heedless of ancient curses. So, pyramids weren’t an option.

The group produced a bunch of solutions to prevent our distant descendants from irradiating themselves. Ideas included a nuclear priesthood; covering the landscape with thorn sculptures; and breeding a color-changing, radiation-detecting ray cat. Needless to say, they’re still working on it. The good news is, scientists are getting better at storing, producing less, and even reusing nuclear waste. On top of that, nuclear energy is far cleaner and a lot safer per terawatt-hour than energy from fossil fuels. So, bring on the ray cats!

Now, ray cats and futuristic nuclear priest cults are the stuff of science fiction and super cool, but there’s another reason I mention this story (besides wanting to type “ray cats” five times). That some of humanity’s most brilliant minds have spent time considering how to warn humans in the distant future about nuclear waste is actually pretty revealing. It’s evidence of an awareness of a few ideas: First, that we’re changing the planet in ways that will last for a long, long time. Second, that our current “civilization” might not be around in the far future. But third, and more optimistically, there’s this idea that, despite the scale of this challenge, we can use human ingenuity to solve some really big problems.

Now, how would we describe a single “civilizational” era in which humans transformed the environment, using ingenuity to both create and solve problems? Well, conveniently, scientists have come up with a single word: Anthropocene.

Anthropocene is a proposed new geologic epoch that is based upon the idea that one species—our own—has changed the Earth in ways that no other species has in Earth’s 4.56-billion-year history. These changes will leave traces in the fossil record, they are happening rapidly, and unfortunately, they’re mostly negative.

There’s no agreed-on start date for the Anthropocene. It started sometime after 1500 CE, with most scholars settling on a start date of the mid-twentieth century, during a period known as the “Great Acceleration.” Of course, we humans have changed our environment before this—we’ve been doing it since we were hunter-gatherers. Before the beginning of the Holocene epoch over 12,000 years ago, Homo sapiens’ overhunting led to mass extinctions of megafauna in Australia and the Americas. Deforestation and agriculture may have caused global temperatures to rise considerably nearly 5,000 years ago. Roman legions never reached Greenland, but geologists have found evidence of pollution from Roman silver mines in Greenland’s ice. The Columbian Exchange transformed landscapes and caused extinctions around the world. And the Industrial Revolution gave us the fuel to begin the processes that produce greenhouse gas emissions, which continue today. These and other examples are evidence of human impact on the environment long before 1950.

However, since the beginning of the Great Acceleration and the nuclear age, human activity has reached such levels that we are transforming the planet in ways that will leave indelible marks on the biosphere, atmosphere, and geological record. Earth’s climate, its species diversity, and its geology have certainly undergone rapid changes before humans started spewing carbon dioxide into the atmosphere, but those changes were rapid only in terms of geological time, or were the result of an astronomical event. But in the Anthropocene, we’re witnessing these changes in a single generation. We humans have become the asteroid, the super-volcano, the extinction-level event. As J.R. McNeill argued in Something New Under the Sun, humanity “has undertaken a gigantic, uncontrolled experiment on the Earth.”

Here’s the thing, though. There are a couple of different ways that students can understand this issue. First, humans have altered Earth in some extremely damaging ways. Our use of fossil fuels for energy has caused dramatic changes in weather and climate. The food we eat reshapes whole landscapes and results in even more greenhouse gas emissions. And the materials we use to make things produce pollutants in our waterways, oceans, and soil. As our population grows, deforestation and urban sprawl threatens the survival of many species of animals and plants. But there’s a second way that students can view these changes: we’re the only species responsible, but we’re also the only species with the tools to reverse course and prevent a climate disaster.

If you’ve been following the release of his new book, How to Avoid a Climate Disaster, you know that Bill Gates thinks its critical that we “get to zero”—meaning zero greenhouse gas emissions. Period, full stop. Zero. Humans have to stop emitting greenhouse gases. Gates believes that we have—or can innovate—the tools we need to do this. But there’s no silver bullet that can stop greenhouse gas emissions. We use a lot of different methods to generate electricity, make stuff, heat and cool our homes, travel, and grow food. We’re going to need a lot of different solutions, and it’s going to be hard.

There are any number of class activities you could undertake to help your students grapple with the Anthropocene. And with Earth Day coming up on April 22, now is a great opportunity. You might ask students to periodize the Anthropocene. Or to claim test the assertion that we’ve entered a new geological epoch. And of course, the Causation Tool could be useful here—what triggered the Anthropocene? But I’m going to suggest a different approach. World history and Big History deal with large, structural events and processes. Students can feel like their own lives, their own agency, get lost in the immensity of it all. That’s one reason we’ve started making graphic biographies. Climate change and the Anthropocene are two more in a long list of big problems, set in motion centuries ago and seemingly with such momentum behind them, they can make us—and our students—feel helpless in the face of existential threats. But these are not insurmountable problems, and our students can play a role in solving them. Their future depends on it.

Ask students to suggest one policy change, grassroots campaign, or some other course of activism that could help us reduce emissions of greenhouse gases. I’m not suggesting big, national legislation or a new climate accord. What’s something that can be done in their community? Maybe in their school, or their local or state government. BHP students might tackle this question in the Visions of the Future activity. But this activism exercise can also make for an especially useful preamble to the final project in our new OER Project extension course, Project X. In Project X, students make a prediction about the future using historical data and advocate for a course of activism to prevent or ensure that their prediction comes true.

We don’t have all the answers for students. These are big challenges. But there are solutions out there, and students should have a role in defining the course of events that will shape their future on this planet. My suggestion: Extra points for local solutions involving ray cats.

Cover image: The Southern Patagonian Icefield of Argentina and Chile is the southern remnant of the Patagonia Ice Sheet that covered the southern Andes Mountains during the last ice age. This detailed astronaut photograph illustrates the terminus of one of the ice-field’s many spectacular glaciers—Upsala Glacier, located on the eastern side of the ice-field. By NASA Expedition 21 crew and ISS Crew Earth Observations and Image Science & Analysis Laboratory, Johnson Space Centre, NASA Earth Observatory. Public domain.