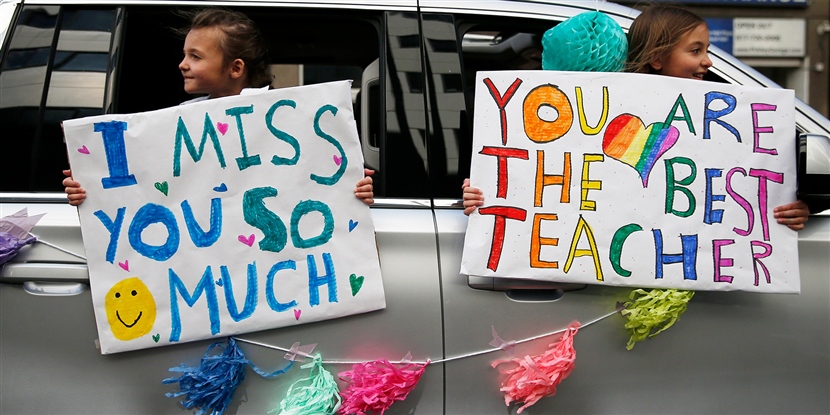 Happy National Teacher Appreciation Week! In pre-COVID times, the teachers’ lounge would be filled with delicious treats from the parent club to say thanks for educating—and tolerating—their darling children. Most of us will miss the banners with words of encouragement and trays of mini-muffins, but not as much as we miss having students in our classrooms. Most parents also have a renewed appreciation for how much time, energy, knowledge, and patience it takes to be a teacher after spending months at home trying to help them figure out seventh-grade math. (I speak from personal experience and my desire to never, ever figure out the slope of a plane again.)

Teaching has transformed over the past year as we navigated the move from classrooms to Zoom-rooms and hybrid environments. I’m sure everyone has at least one insane Zoom story to tell, although it might not be as good as the cat lawyer incident. This certainly isn’t the first big change that’s faced the teaching profession, but it may be the first big change to happen on a global scale this quickly.

If you’ve been teaching for a while, you’re familiar with the pedagogical changes that have occurred in recent decades, and you’ll remember sitting through countless professional development sessions exploring these new ways to “invigorate” the curriculum. But there’s one big change that took place more gradually over the course of the past 150 years or so—the feminization of teaching. This shift is tied directly to wider changes in our views of childhood and gender. Those changing views were themselves core components in the rise of modernity and a rapidly industrializing world.

So why did notions of childhood and gender change in the mid-nineteenth century? One of the main causes was the rise of reform movements that emerged in response to industrialization. Children had been engaged in labor in households and on farms for centuries, but the factory system was something altogether different from previous forms of child labor. The harsh reality of children working long hours with minimal pay coupled with unsafe working conditions and accidents that led to injury and death inspired nineteenth-century reformers to take up the cause of improving labor conditions. Well, at least for those living in the industrialized world—it would take much longer to achieve reforms in colonial regions. 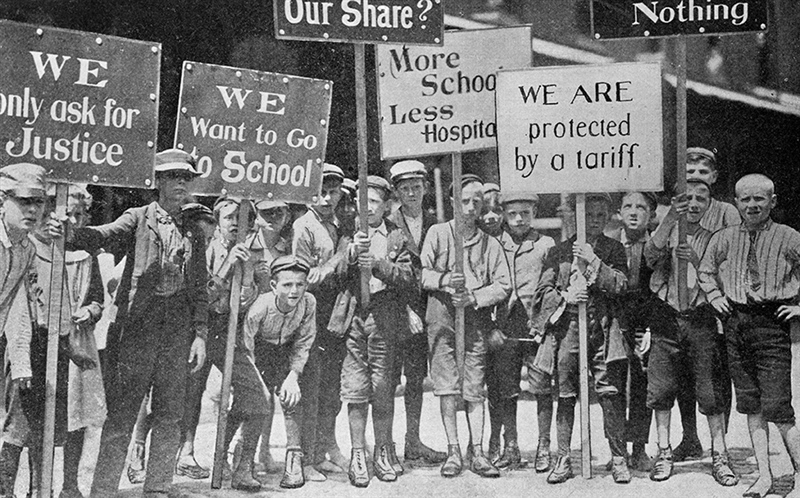 New ideas about educating children as an effort to train a disciplined workforce eventually led to the creation of universal public schooling, and these new schools required teachers. Teaching had once been a male-dominated profession; however, with industrialization came new jobs and opportunities for men. So teaching, seen as an extension of women’s maternal role in the family, transformed into an acceptable profession for women. It didn’t hurt that women could be paid less than their male counterparts—a key benefit for nations that required hundreds of new teachers at public schools.

Throughout the early twentieth century, the number of women employed as teachers—particularly primary school teachers—increased dramatically. Men retained their roles as school administrators, but teaching staff were predominantly women. Meanwhile, as the labor movement gathered steam, teachers’ unions began forming on the local, national, and international stage. Many of these were initially run by men, but things began to change as more women banded together to demand increased wages and more benefits. In 1910, the National Education Association (NEA) elected Ella Flagg Young as their first female president. Six years later, the American Federation of Teachers (AFT) was formed as a result of the organizing efforts of Young and Margaret Haley. 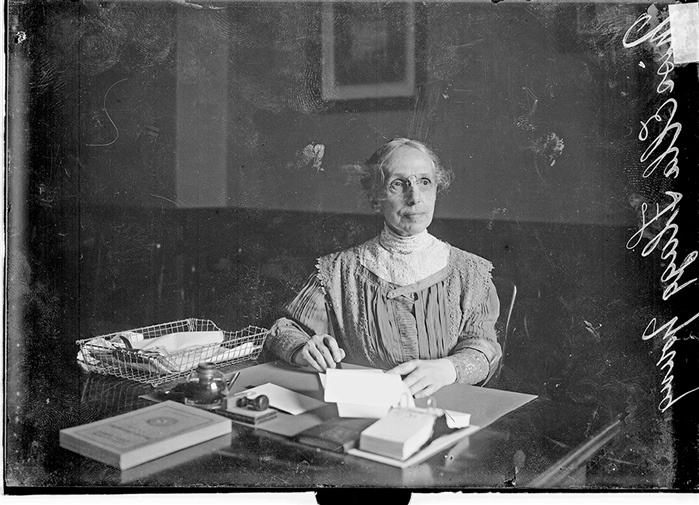 Teachers’ unions didn’t restrict their activities to education reform. They fought for suffrage, civil rights, and equal rights. We know the same is true for many teachers today, as you advocate for racial justice, gender and LGBTQ+ rights, and workplace safety in the midst of a pandemic. Teaching is a challenging career in the best of times, but it has been especially taxing this past year. That’s why we want to take this time to thank you for being there for our children. It’s been rough for so many people, but we also know that it’s been even more arduous you. We honestly can’t thank you enough.

Cover image: St. John School students hold signs as they drive by their teacher, Megan Congemi, during a surprise parade held in her honor on "Teacher Appreciation Day" in Boston on May 5, 2020. © Jessica Rinaldi/The Boston Globe via Getty Images.