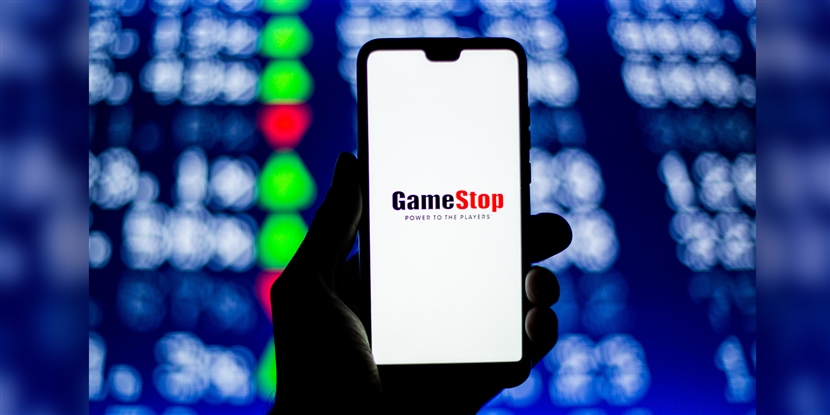 Here at the OER Project, we’re pretty big fans of causation. Why? Not only is causation a key historical thinking skill, it’s also a skill that helps students make sense of current events. The causation skill progression helps BHP and WHP students develop evidence-based arguments in response to cause-and-effect questions. Causation can be a challenge for students. Adopting monocausal explanations is easy, and often gratifying. In WHP and BHP, we challenge students to dig deeper and consider multiple causes behind an event or process. The causation progression also encourages them to think about the significance of different causes. But students don’t stop there. They extend their causation skills by identifying and analyzing the consequences of these causes. When students examine the cause of an event, we want them thinking about: Which cause was most important? Which was the trigger? What if we scale up and look at long-term factors?

Students are introduced to causation in Era 1/Unit 1 of WHP using the fictitious story of Alphonse the Camel (Alphonse appears in Unit 6 of BHP). It’s a great activity for introducing students to this skill—if you haven’t taught this activity, click here for some great advice from veteran teacher Ben Tomlisson. But we’re going to turn to a current event here, as a fun—and hopefully engaging—way for your students to examine causation.

Unless you’ve been avoiding the news (and why on Earth would you do that?), you’ve heard about the recent tumult in the stock market surrounding the Reddit board “wallstreetbets” and GameStop. Some of your students might have also heard about this news, but I’m betting that a lot of them don’t understand it. Not many people do. The story boils down to this: The stock price of GameStop—a failing business that sells video games—jumped up 1,600 percent, from $18 per share in early January to over $370 on January 27. There are a lot of explanations for the rise (and eventual fall) of GameStop. 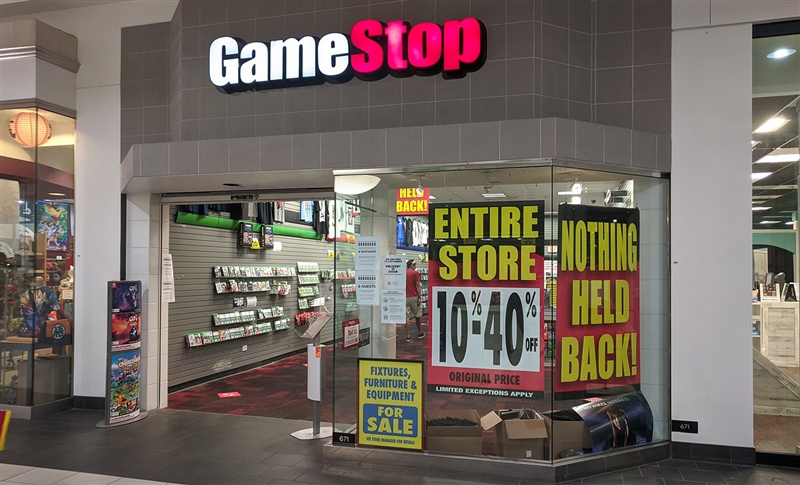 A GameStop location in a Florida mall. You remember malls, right? By Keith C, CC BY-SA2.0.

The GameStop saga is a great causation activity for your students. Start by ask them this: “Why did GameStop—a business based on selling physical copies of video games in an era when they can be downloaded from your couch—become so valuable in January 2021?”

They might identify a lot of possible long-term causes, and quite a few “triggering events.” For example, some students might identify a group of people on the Reddit board “wallstreetbets” who decided to band together and send GameStop’s stock price higher by buying it and refusing to sell. There’s a longer-term background to their actions. Many of the people involved in this Reddit scheme had been children during the 2008 financial crisis. They watched their families lose their homes while a lot of the people responsible for the crisis escaped serious consequences. Some Redditors have cited this experience as a big motivation. But there are a lot of other causes here. For example, there is the rise of so-called “meme stocks,” whose prices are seemingly disconnected from the actual value of the companies or their assets. Social media allows influential figures like Elon Musk to trigger stock price fluctuations with a random tweet. The result is fear that the entire economy is in danger from a “meme stock bubble.” 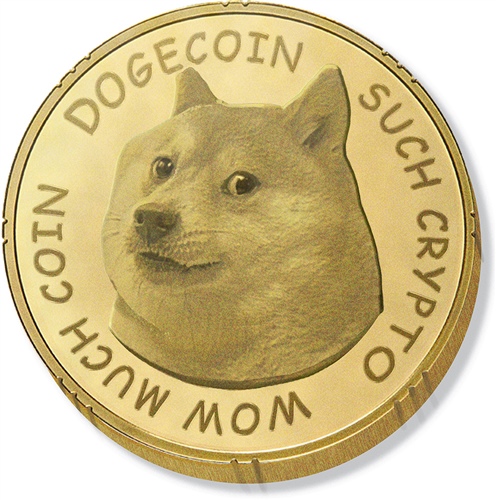 Dogecoin, a seemingly worthless cryptocurrency created as a joke in 2013, saw its price jump 800 percent thanks to some tweets from Elon Musk and a Reddit board. By MohammadHemati, CC BY-SA 4.0.

So, is Elon to blame? Or is this a legacy of the financial crisis of 2008? Or the actions of a group of Redditors, frustrated with a rigged financial system? The rise of trading apps like Robinhood? What about all the short sellers who were betting against GameStop in the first place? Maybe we should cite the lack of regulation from the SEC? Social media and “meme stocks”? None of this would have happened without the development of the idea of standardized money in Mesopotamia 4,000 years ago. Is that a cause? Or should we go back much further, to the Cognitive Revolution of 70,000 years ago? Ask your students, and they might surprise you.

In addition to demonstrating causation, the GameStop story is a nice segue into historical bubbles. Many of you might be about to teach the Great Depression. What can the meme stock bubble tell us about the bull market of the 1920s? Other historical bubbles include the 1720 French Mississippi Company, Uranium stocks in the 1950s, and the dot-com bubble of the 1990s. But my favorite is Tulip Mania.

Wall Street types today complain about the irrationality of millions of Redditors sending up the price of GameStop, AMC, and Dogecoin. But back in seventeenth-century Amsterdam, a lot of people got really excited about flowers. Dutch investors wagered their homes and livelihoods on a single tulip bulb. Here are just a few things that people exchanged for a single bulb of a particularly rare variety: 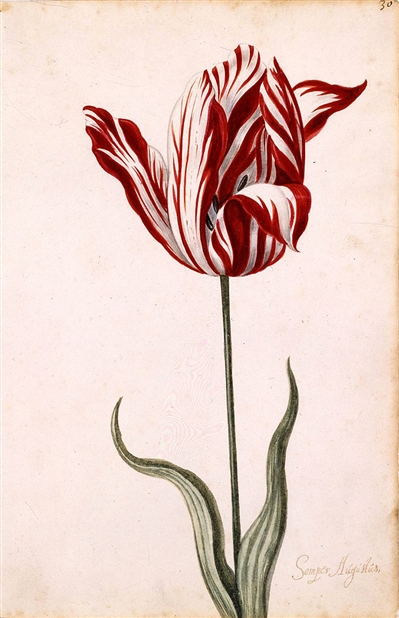 If you were panic shopping last-minute for Valentine’s Day last month, you might have been willing to trade one oxen for some flowers. But four? Public domain.

From 1634 to 1637, wealthy Dutch elites, grown rich from imperialism and trade, were willing to pay a lot of money to get rare tulips in their gardens. The right tulip could fetch a sum equivalent to the price of the nicest homes in Amsterdam. Once people found this out, it drove a frenzy to find, breed, and sell exotic tulips. Investors bought tulip futures. The market erupted as people feared missing their big break. Then, in February 1637, the bubble burst. Buyers stopped showing up at auctions. Overnight, traders went from holding bags of incredibly valuable investments to holding bags of decaying organic matter.

What caused the bubble? Who should your students blame? The first Turkic people who cultivated wild tulips in Central Asia? The Ottoman sultans who gave the tulip as gifts to visiting diplomats? The rise of capitalism and Dutch imperialism? The Cognitive Revolution, again? The Dutch certainly looked around for someone to blame. 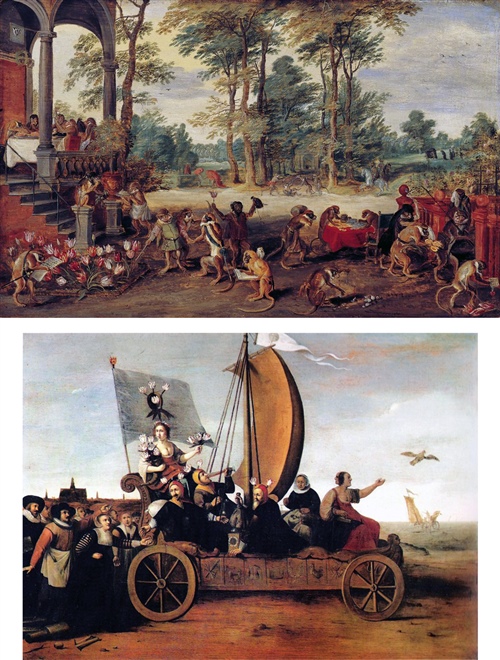 Two of the many satirical paintings and pamphlets published in the years following the tulip bubble. Top: Satire on Tulip Mania, c. 1640, by Jan Brueghel the Younger, public domain. Bottom: Allegory of the Tulip Mania, by Hendrik Gerritsz Pot, public domain.

GameStop and Tulip Mania stories offer some great opportunities to engage students in causal reasoning, using both current and historical events, but there are plenty of others in WHP and BHP. In WHP, students are asked to explain why humans became farmers, why populations grow, empires collapse, and why revolutions are sparked. BHP takes on some bigger cause-and-effect relationships like explaining acts of God and why stars exist. These activities help students grapple with the big narratives behind the thresholds and frames.

Do you have your own bespoke causation activity? Are there any current events or student-friendly topics that you find especially helpful for building causation skills? Let us know in the comments!

About the Author: Bennett Sherry holds a PhD in history from the University of Pittsburgh and has undergraduate teaching experience in world history, human rights, and the Middle East. Bennett writes about refugees and international organizations in the twentieth century. He is one of the historians working on the OER Project courses.

Cover image: In this photo illustration a GameStop logo is seen displayed on a smartphone with the capital stock numbers in the background. © Thiago Prudêncio / SOPA Images / LightRocket via Getty Images.