When and why do we accept new knowledge? 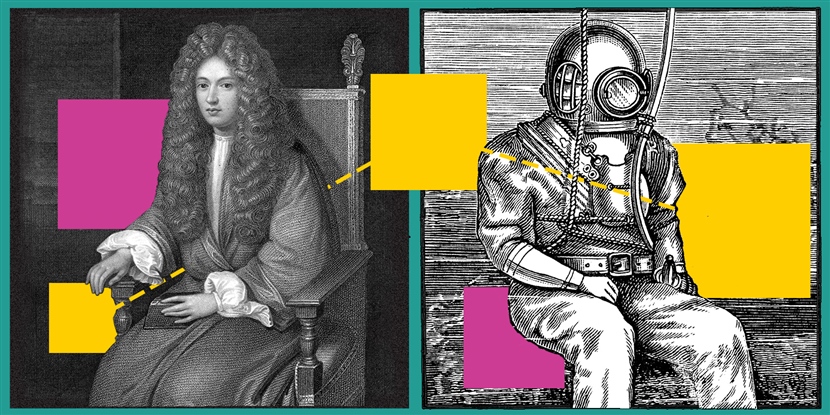 Collective learning doesn’t develop along a straight line. Our discoveries and innovations often come from unexpected places, and they sometimes take a while to be accepted. How do new ideas gain acceptance? How do we choose what to believe today? Different communities have accepted or rejected different claims throughout history, often for very different reasons. Whether new ideas take hold is dependent on the context of where and when they emerge.

In fact, in some contexts, like the scholarly community in seventeenth-century England, there was an archetype of a gentleman scholar. Elite, aristocratic men of the Royal Society were more likely to be accorded authority and trust; outsiders were mistrusted. As the historian of science Steven Shapin showed, Robert Boyle (1627–1691) was an exemplar of a credible and trustworthy gentleman scholar. He was an upper-class natural philosopher, experimenter, and chemist for whom Boyle’s Law is named (think: the good old days of high-school chemistry). 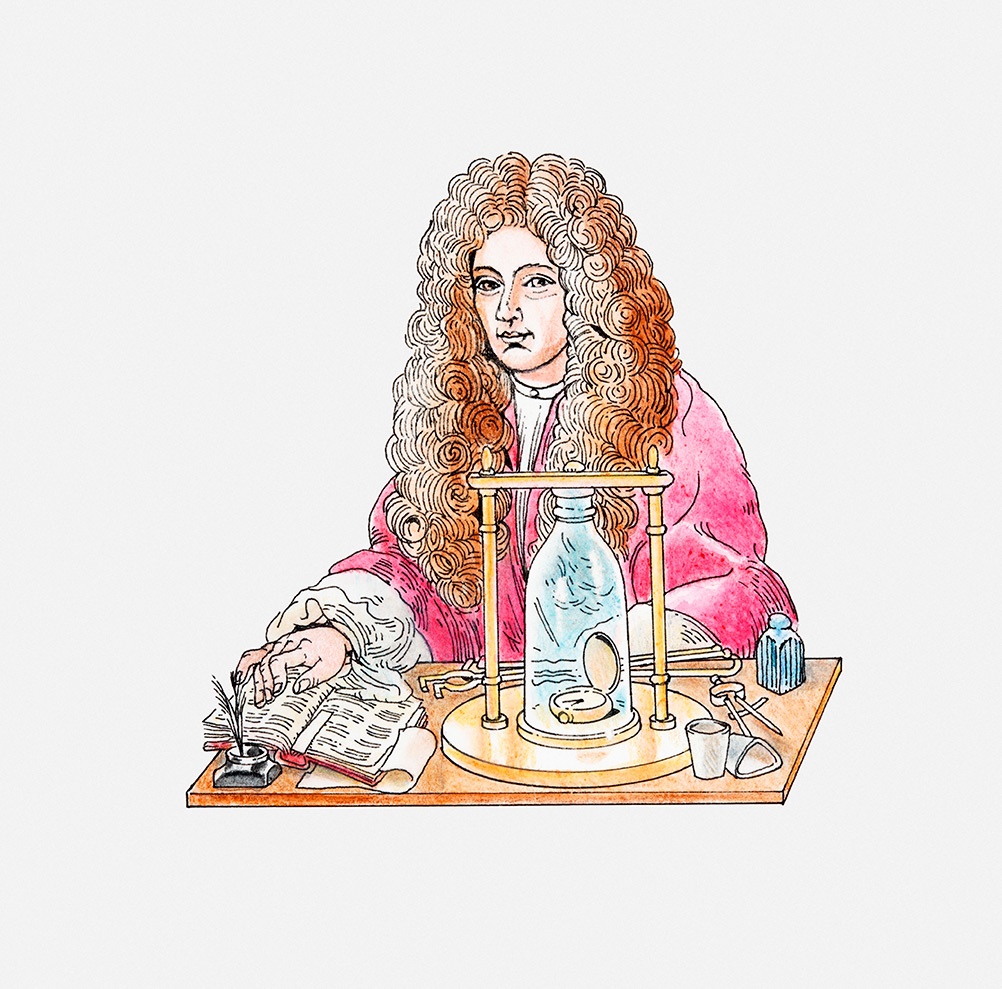 That’s why his hair is so big; it’s full of secrets. Illustration of Robert Boyle conducting experiment, © Getty Images.

Boyle, who was famous for his air pump experiments, got a lot of airtime in seventeenth-century scholarly debates about air and water pressure. But the trouble was that he couldn’t feel this pressure himself, so he sought out testimony from others who had—divers, for example. In seeking this information, he looked for “a person of quality” who may have traveled widely and dived in a number of seas, and who might be able to share insights from African and East Indian divers.

But ultimately the divers’ reports he found didn’t mesh well with Boyle’s theories. While he initially tried to reconcile the two, he became increasingly dismissive of the divers as “persons void of curiosity and skill to make such observations.” We might conclude that Boyle was a bit of a sore loser, but this example also offers us a lesson about whose experience and knowledge counted in that context. Did the divers’ reports get the same consideration as Boyle’s more “gentlemanly” experimental findings, or were they subjected to undue pressure?

Boyle and others at the time had assumptions about what kinds of “knowers” were of “quality” and which were “vulgar.” This gentlemanly scientific disdain for amateurs and laborers did not diminish in the century that followed, and we still haven’t quite shaken these assumptions. Ask your students to describe a scientist, and there’s a good chance they’ll have a particular image in mind—one that might seem like it’s from seventeenth-century England. OER Project can help them challenge these assumptions.

For example, two scientists explored in our new BHP graphic biography series made stellar contributions to the field of astronomy, but their ideas weren’t given much credence initially. And while radical new ideas often faced resistance, in these cases, there were other factors influencing how the scientific community regarded these two scholars.

The Indian astronomer Subrahmanyan Chandrasekhar was mocked publicly at the Royal Astronomical Society in London in the 1930s when he presented a radical new idea. The most prominent English astronomer of the time called his claims “stellar buffoonery”! In the UK and US, Chandrasekhar’s ideas were marginalized, and some scholars attribute this at least in part to his Indian background. Though dismissed at first, Chandrasekhar’s claims were eventually accepted, and they paved the way for the discovery of black holes and shaped what we know about the stellar life cycle. 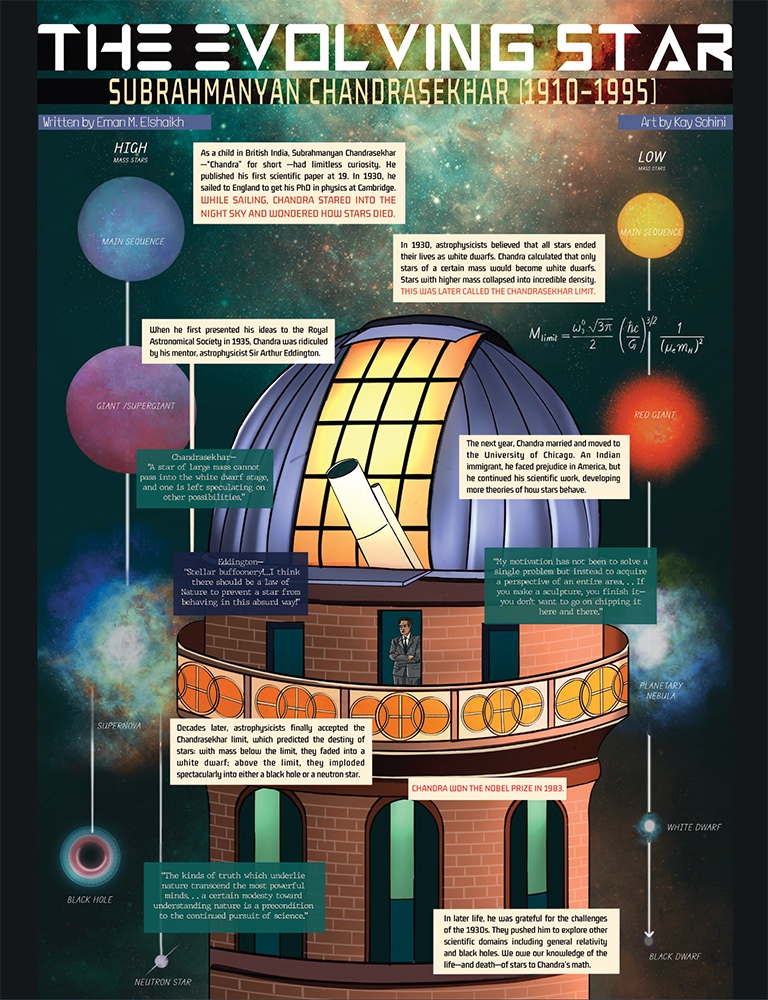 Similarly, Cecilia Payne-Gaposchkin was a graduate student studying at the Harvard College Observatory when she discovered that stars were primarily composed of hydrogen and helium. While she believed that her evidence was correct, her male colleagues weren’t convinced. Five years later, male astronomers, including her dissertation advisers, confirmed her evidence, which led to the acceptance of her calculations. In her later years, Payne-Gaposchkin reflected on her journey as a female scientist remarking, “being a woman has been a great disadvantage … It has been a case of survival, not of the fittest, but of the most doggedly persistent.” Her intuition and evidence were correct, and Payne-Gaposchkin’s discovery solved the mystery of what stars are made of.

If we shift scales from the individual, we can see similar patterns on the scale of entire communities. Case in point: the inoculation debate, an idea that originated outside the domain of gentleman scientists in Europe and the United States. Communities in Africa and Asia practiced inoculation against smallpox since at least the seventeenth century before it was introduced to Europe and the US about 100 years later. Lady Mary Wortley Montagu wrote to an English friend in 1717 and described the practice she had witnessed in the Ottoman Empire. A few years later, in Boston, a debate erupted about inoculation in the local newspapers with one doctor stating it was “Universally known in England … but being deemed Wicked and Felonious, was never practiced there.” Cotton Mather responded to this letter explaining that he learned of inoculation from Onesimus, an enslaved African “gifted” to him. Onesimus recollected that many members of his Garamantian community were also inoculated. Despite both Mather and Montagu conducting trials that saved many lives, the practice of inoculation was not universally accepted by Europeans and Americans, not just because it was radical but also due to where and with whom the idea originated. 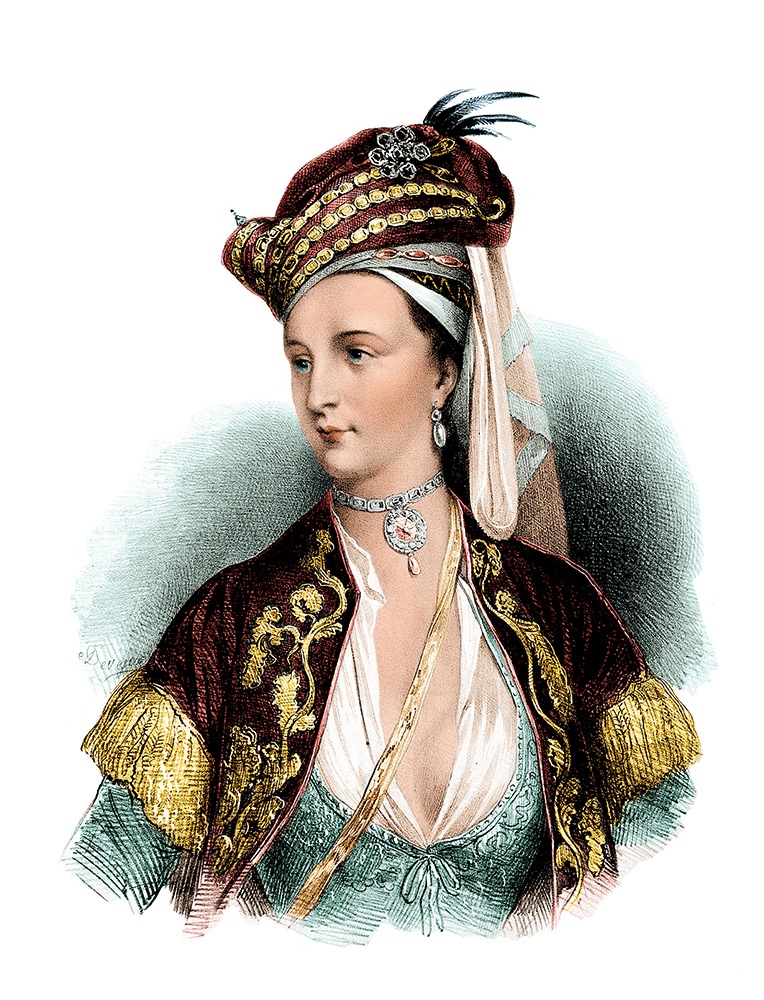 Students might view science as an objective, unchanging fact. But as the bumpy history of our collective learning reveals, scientific ideas depend on people and communities. Authority, trust, and identity impact how new knowledge grows and what we accept. In OER Project courses, we prompt students to analyze sources and test claims. But we also challenge students to grapple with authority and question their assumptions. Who is making a claim? Where does the source come from? Why might that matter— whether to us or to people in a given historical context?

In developing these skills, students begin to understand how to contend with competing narratives, not only in their history classes but also in their daily lives—and they learn to home in on how these narratives, claims, and sources don’t exist in a vacuum. Rather, they are connected to authority and the webs of trust that organize who gets authority easily and who has to work harder for it. While it’s easy to dismiss Robert Boyle and his friends as snooty, we have similar sensibilities today—even if we don’t require a powdered wig. What kinds of debates about authority do you explore in your classroom, and who are the modern-day gentleman scholars and divers?

Eman M. Elshaikh is a writer, researcher, and teacher who has taught K–12, undergraduate, and graduate students in the United States and in the Middle East. She teaches writing at the University of Chicago, where she also completed her master’s in social sciences and is currently pursuing a PhD. She was previously a World History Fellow at Khan Academy, where she worked closely with the College Board to develop a curriculum for AP® world history.

Bridgette Byrd O’Connor holds a DPhil in history from the University of Oxford and taught the Big History Project and World History Project courses and AP US government and politics for 10 years at the high-school level. In addition, she’s been a freelance writer and editor for the Crash Course World History and US History curricula. She’s currently a content manager for the OER Project.