There’s no comparison—so why compare?

Your students may not believe it, but historians are cool. Sure many of us spend hours alone in dusty archives, surrounded by reams of paper written by long-dead bureaucrats, but we also manage—from the smallest of details—to reconstruct the lives of some very interesting people and communities. Yet, among historians, there’s a category of historical method that has become distinctly unfashionable: comparative history. As historian Nancy Green has observed, these days, “the comparative method is rarely used by historians.” George Frederickson pointed out that, comparative history “does not possess a self-conscious community of inquirers.”[1] There are no comparative historians at the “cool kids” table. In fact, historians studying world history or Big History often argue that comparison is nearly impossible—that two different lives or experiences are generally each unique and “incommensurable” (see, we’re cool). Others argue that comparison is a mistake because we should instead be looking for connections linking different people and regions.

And yet, comparison is identified as one of the key skills needed by history students. It forms one of three main “reasoning processes” identified by the College Board as key cognitive processes for the World History AP exam. So what’s going on?

Well—a little secret—the truth is that historians actually do compare. All the time! We don’t call it out. There’s no “hey, I’m comparing over here. Come check it out.” Instead, we do it as part of our habits of work. We compare when we read competing primary sources, in order to determine which one gives an account we believe. We compare one experience to another to understand how events affected people differently. We compare a situation before and after an event to understand continuity and change over time. So, it’s not true that historians avoid comparative methods. Rather, we make sure we compare for a reason.

Similarly, by teaching comparison in the classroom, you are doing more than teaching students to compare. You are teaching them to pick up those habits of mind that historians use so well that they don’t even notice that they are comparing at all. 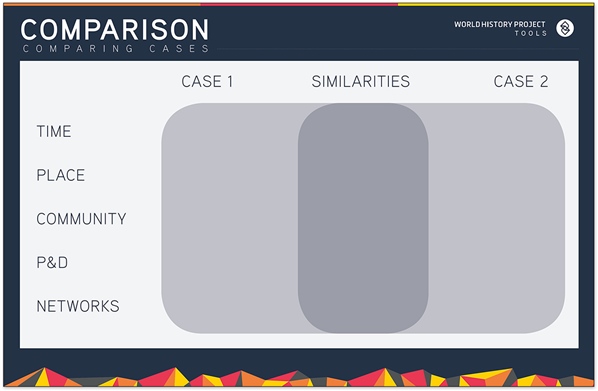 The thing is, like historians, most of our students already know how to compare. In fact, it’s probably one of the skills they acquired earliest. They start making comparisons in preschool: What are the similarities and differences between apples and oranges? Or, which ice cream flavor do they want—chocolate, obviously! These skills develop over time, especially when children are asked why they want one choice over another; for example, why Iron Man is better than Captain America, or why Harry Styles is cooler than Zayn. But even as students successfully wrestle with comparing these extremely important topics, they can struggle with making historical comparisons.

Comparison can help us make the past usable. We can use it to generalize a pattern. If you compare a bunch of different things, and they all contain some common process or factor, you’ve found a pattern. Patterns might not be universal, but if they pop up often enough, they may tell us something useful. We can also use comparison to discover meaningful differences. The word meaningful is important here. If we see two events turn out differently, or we find that separate societies have different explanations for the same general thing, sometimes even if we can’t determine why they’re different, we may have learned something that’s important to us.

Comparing with a purpose in mind is a key part of making this skill useful. Take the BHP Origin Stories activity. Your students read these stories, which include scientific explanations for the origin of the Universe as well as stories from across many human societies. What can they do with these origin stories? They can’t contextualize each of them because they haven’t learned the histories of these societies. They can source them—somewhat—but they don’t have enough context to understand the audience or authorship. However, what they can do is to grasp that many different groups of humans have sought to describe where we and our Universe come from. They can establish that there are patterns of similarity in the topics addressed by origin stories. They can see some ways in which the modern scientific origin story is unique and different from the other versions. 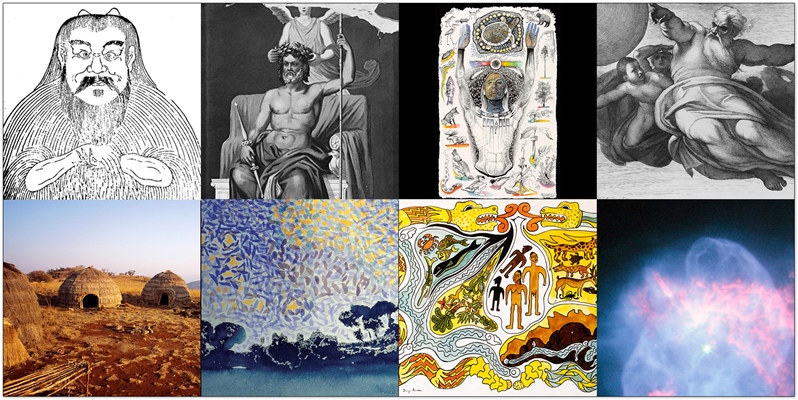 Similarly, in analyzing short secondary source descriptions of archaeological sites in Unit 2 of the WHP Origins course, students don’t really have the time or materials to go into the sources in depth. But they can begin to identify patterns in this material that will help them draw out the processes and factors that helped agriculture develop in many different regions. Identifying these factors will help them provide evidence to build a bigger picture of how humans came, by and large, to be cultivators.

Some of the other opportunities to compare in WHP are a bit more spread out throughout the courses. For example, students have the opportunity to compare revolutions they encounter—French, American, Latin American, Haitian, Mexican, Russian, and Chinese. There’s actually a great activity students can do to compare the Russian Revolution to an earlier revolution. But the purpose of this comparison is not to simply identify similarities and differences. Rather, the purpose is to develop an awareness of change over time: a general history of revolutions across two centuries, from more limited political and national uprisings to greater social and economic transformations. Similarly, nationalism pops up again and again in the courses. Students can compare all kinds of instances of nationalism—the emancipation of former colonies, the organization of the people for the defense of the nation, and extremist movements like fascism—to understand nationalism as a force for both liberation and oppression.

In the end, the point isn’t for students to learn the discrete skill of comparison. It’s for them to learn to use comparison to achieve meaningful ends and to make history usable. That’s how the cool historians do it—whether we talk about it, or not.

About the author: Trevor R. Getz is a professor of African history at San Francisco State University. He has written 11 books on African and world history, including Abina and the Important Men. He is also the author of A Primer for Teaching African History, which explores questions about how we should teach the history of Africa in high school and university classes.