Who’s missing from the story of knowledge 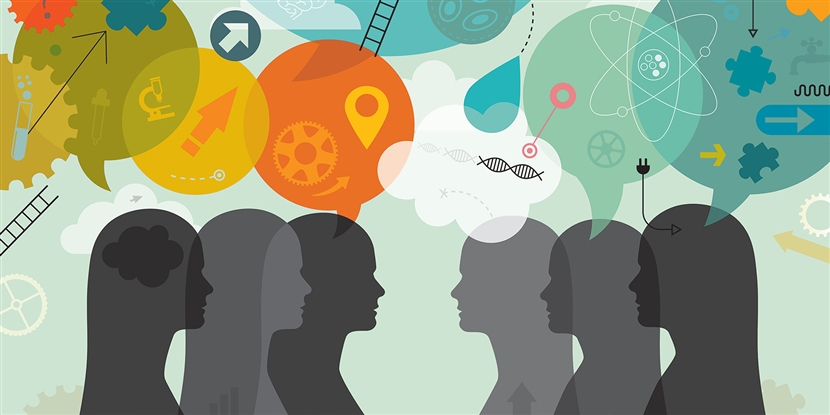 For many decades, researchers have done an experiment called the “Draw-a-Scientist” test, in which children are prompted to illustrate what they think a scientist looks like. More often than not, students depict a stereotype: a male scientist in a white coat, alone at work in a lab, often with a wild, white pouf of hair and a crazed expression. Over the years, more and more students have depicted nonmale and nonwhite scientists, but the stereotype continues to dominate. The experiment reveals how students see the world of science. More to the point, it reveals that they don’t see themselves as scientists. Most students don’t identify with this figure of a lone genius, madly mixing chemicals in a lab until he has a eureka moment. 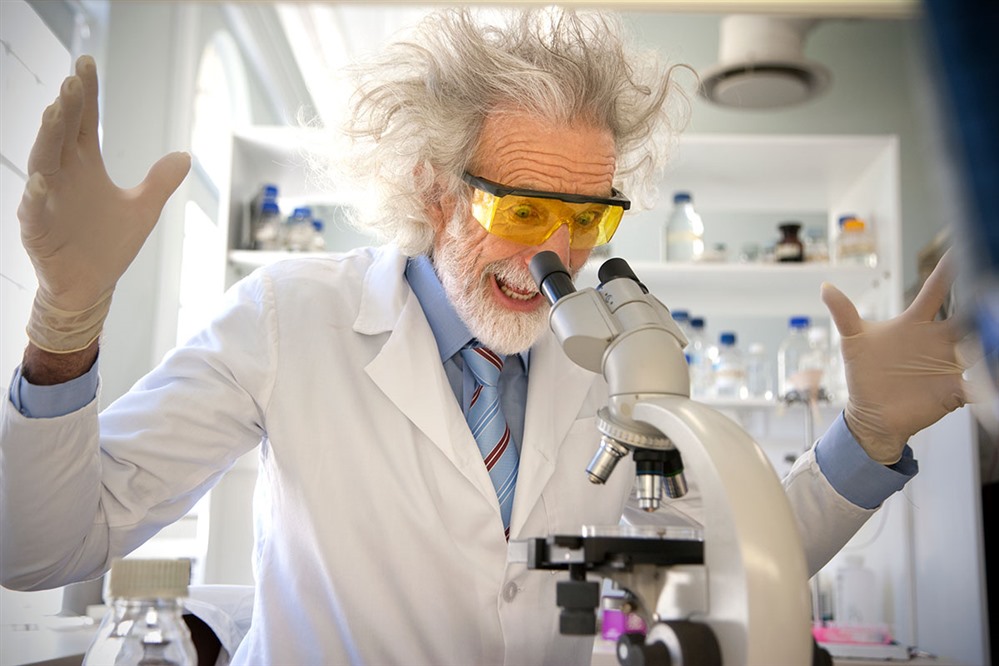 Although this guy seems to be having a really good time, most science doesn't look like this. Scientists work in teams, inside and outside of labs, slowly and methodically. Epiphanies are rare; rather, conversation, debate, and collaborative problem-solving happen every day and make discoveries possible. © Westend61 / Getty Images.

Left: Launch Control Center at the John F. Kennedy Space Center in 1969, which launched Apollo 11, the first crewed spacecraft to land on the Moon. American astronauts Neil Armstrong and Buzz Aldrin are household names, but what about all these other people who supported that “giant leap for mankind”? © Heritage Images / Getty Images. Right: Female NASA employees, hired to perform mathematics calculations and known as “human computers,” including (L-R) Dorothy Vaughan, Leslie Hunter, and Vivian Adair, 1950. © Smith Collection / Gado / Getty Images.

Students don’t see themselves as knowledge producers partly because of how we teach the history of science. Even though historians of science have (mostly) moved past the “great man” theory of history, and they’ve thought more seriously about the complex processes involved in arriving at new knowledge, we still have an incomplete picture. Historians of science increasingly ask: who’s missing? Many are finding answers at different points in human history, from ancient Polynesian navigation technologies to metallurgy in West Africa. But we still don’t have many of these stories, and when we discover one, it doesn’t always make it into the textbooks, so students don’t get to see this growing history of knowledge.

To seriously address the missing people in this narrative requires us to redraw the boundaries of the story in time and space. It really matters where you start and end a story, where the story is located geographically, and what kind of characters you’re used to seeing. In other words, if you’re looking only in a modern laboratory, you’ll miss the premodern hunters making knowledge out in the field. And if you’re looking for the mad chemist concocting an explosive mélange and not the artisan creating animal replicas or the medicine woman preparing a tonic, you’re likely to miss their contributions to knowledge too. Certainly, these people weren’t doing science in the way we understand it today. Yet the development of collective learning has been complex and uneven. Acknowledging the roles—even the modest ones—of a variety of people in the development of knowledge can help students prepare to see themselves contributing to the larger story of the history of science. Scientific breakthroughs weren’t all made by brilliant white men working alone—and they often relied on generations of received knowledge. 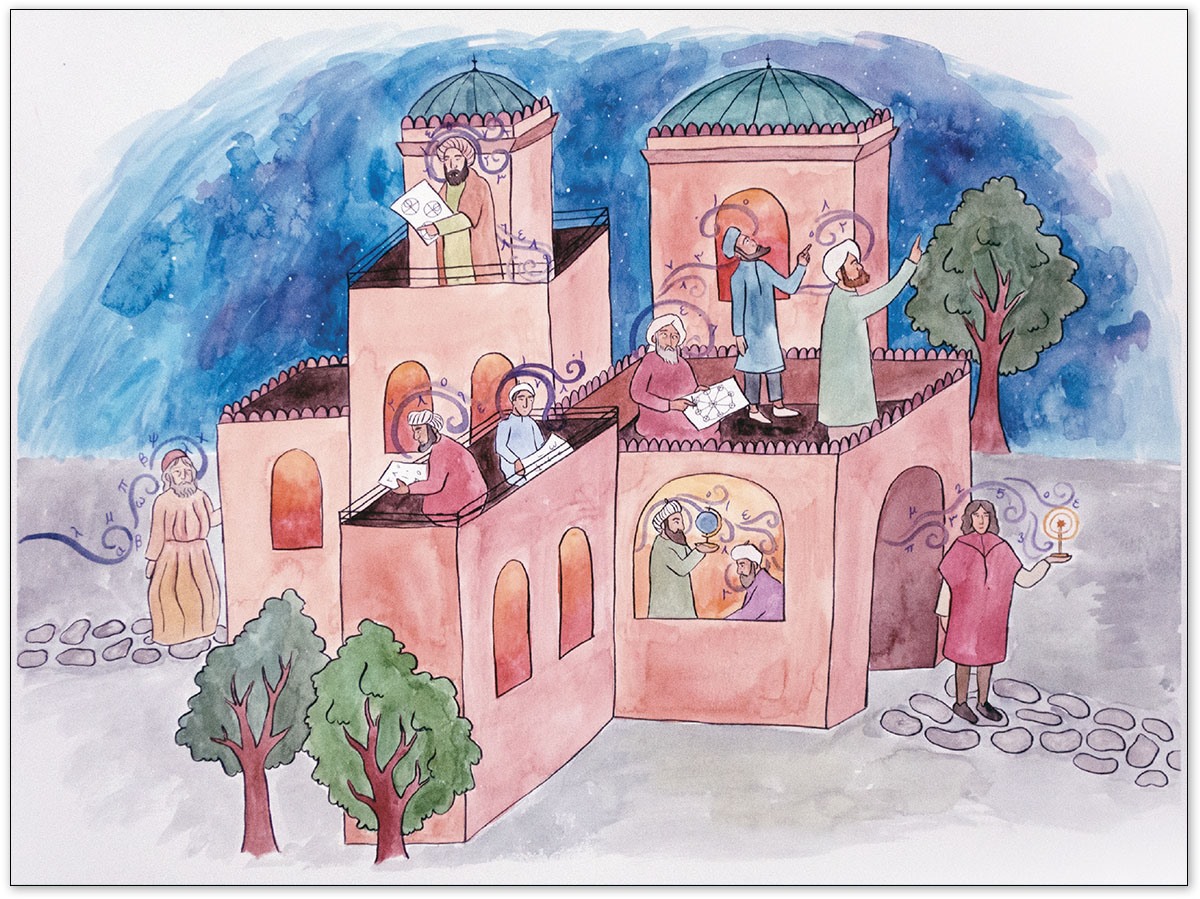 The Maragha Observatory is a great example of collaboration that contributed to humanity’s body of knowledge. Some historians even argue that these thinkers influenced scientific greats like Copernicus, an example of how collective learning really spans continents and centuries! By WHP and Katie Haseeb, CC BY-NC 4.0.

Traditional history of science narratives are missing context and diversity. And, as a result, students struggle to understand that knowledge and science are made socially and collaboratively, with many different people involved along the way—people of all ethnicities, genders, ages, social classes, levels of education, and languages, just like them. Diversity of cultures and perspectives matters for equity, and this influences how students learn.

That’s why the idea of collective learning is so powerful: it helps us see how humans, together, share, preserve, and build upon knowledge over generations. We’re all a part of that process, not just the stereotypical genius. And we have space for geniuses too; we might just want to look for them in more places. For example, a new series of illustrated articles in BHP introduces many “invisible giants” from the medieval Islamic world, all of whom contributed to our collective learning. These examples help challenge dominant narratives and complicate the history of science—pushing it back and beyond Renaissance Europe. These invisible giants also help us zoom in to reveal new contexts and circumstances in which human knowledge changed and expanded. (For a deeper dive into the Islamic scholars article series, as well as a more universal discussion of how to diversify and contextualize knowledge in your classroom, check out this professional development session I facilitated recently.)

From the “invisible giants series of articles. From left to right: Standing on the Shoulders of Invisible Giants, Pure Metal: Jābir Ibn Hayyān, The Universe Through a Pinhole: Hasan Ibn al-Haytham, Lion of the Sea: Ahmad Ibn Mājid, and Thank You for Algebra: Muhammad Ibn Musa al-Khwarizmi. Illustrations by WHP and Katie Haseeb, CC BY-NC 4.0.

But we should push further and keep asking: who’s still missing? Where are the women? What about the Americas, sub-Saharan Africa, the Indian Subcontinent, East Asia, the Pacific? What about different social classes and professions? Scientists and scholars are not the only people who have produced and passed on knowledge. We should ask who came before and after these thinkers and doers. Who is missing? Where, and when? When we keep asking these questions, we come up with new narratives that are bound to include different kinds of people making different kinds of knowledge in different places, people like the Islamic scholars who were making astronomical observations or exploring the seas.

History remembers many people, but it forgets many more. Historians work every day to recover forgotten moments, people, ideas, and sensibilities. In doing so, they make history bigger and add new voices to our narratives of the past. The history of science is a massive story, and there are still many more stories hiding, waiting to be told. BHP’s Islamic scholars series is one example of how we can expand our temporal and geographic lens to reframe this history for students. You can be a part of that collective learning—head on over to the OER Project Teacher Community and share your favorite invisible giants. Who’s still missing from our story?

About the author: Eman M. Elshaikh is a writer, researcher, and teacher who has taught K–12, undergraduates, and graduate students in the United States and in the Middle East. She teaches writing at the University of Chicago, where she also completed her master’s in social sciences and is currently pursuing her PhD. She was previously a World History Fellow at Khan Academy, where she worked closely with the College Board to develop a curriculum for AP World History.