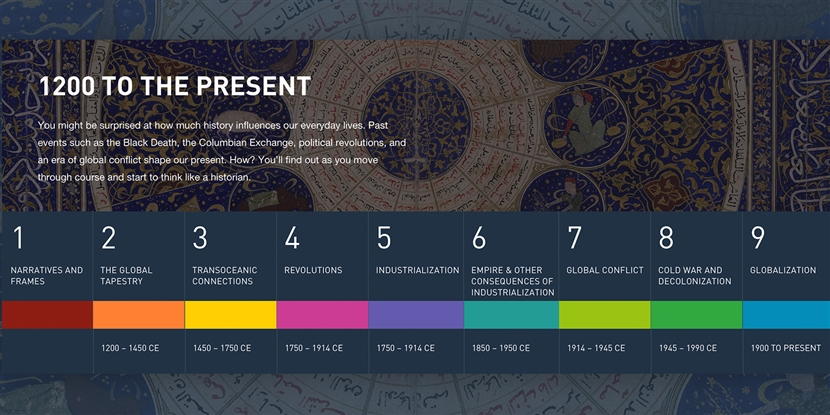 The OER Project already has an Origins and a 1750 to the Present version of the World History Project course, so why do we need another version? After a deep dive into each state’s world history standards, we realized about half the states begin their high-school world history courses at about 1200 CE. Now, this does vary—some start around 1200, others around 1400, and still others provide more general starting points, like the Renaissance, or the Columbian Exchange, or early modern history.

With all that variation, why did we land on 1200 as a starting point for a WHP course? This was a deliberate decision, and one we think is important. For starters, this periodization falls in line with the College Board’s decision to begin the AP World History course in 1200. However, even if this were not the case, we feel strongly that a course beginning in 1200 aligns with our goal to provide multiple narratives. A course that begins with the Renaissance immediately takes on a very Euro-centric perspective, and one that ignores the influence and achievements of non-European regions centuries earlier. A course that begins with the Columbian Exchange drops students into a world in which populations in Africa and the Americas are being enslaved and brutalized, potentially creating a misunderstanding that this has always been the state of these communities. By starting in 1200, we allow students to grasp a fuller picture of the world, to better understand societies around the world, and therefore provide them a stronger background with which to contextualize the changes that occurred around 1450.

So, for all of you who were plucking assets from Origins and 1750, we’re so excited to announce the WHP 1200 to the Present course! If you’re new to the World History Project, feel free to go through the Teaching World History (TWH) training. We’ll be updating it with content specific to the 1200 course, but until then, we created this handy guide to walk you through which existing TWH sessions to use, and where to turn for WHP 1200-specific content. We’ll also be adding teacher-created course plans for the 1200 course soon, so check out the OER Project and standards alignment blog for updates. 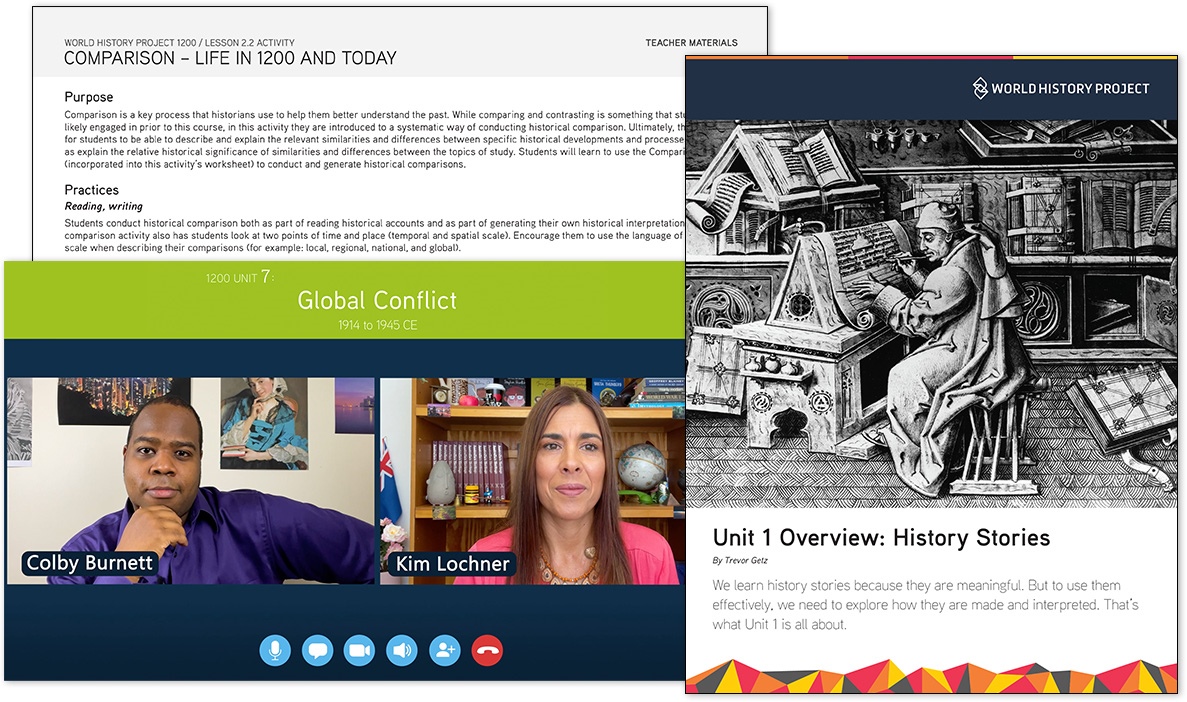 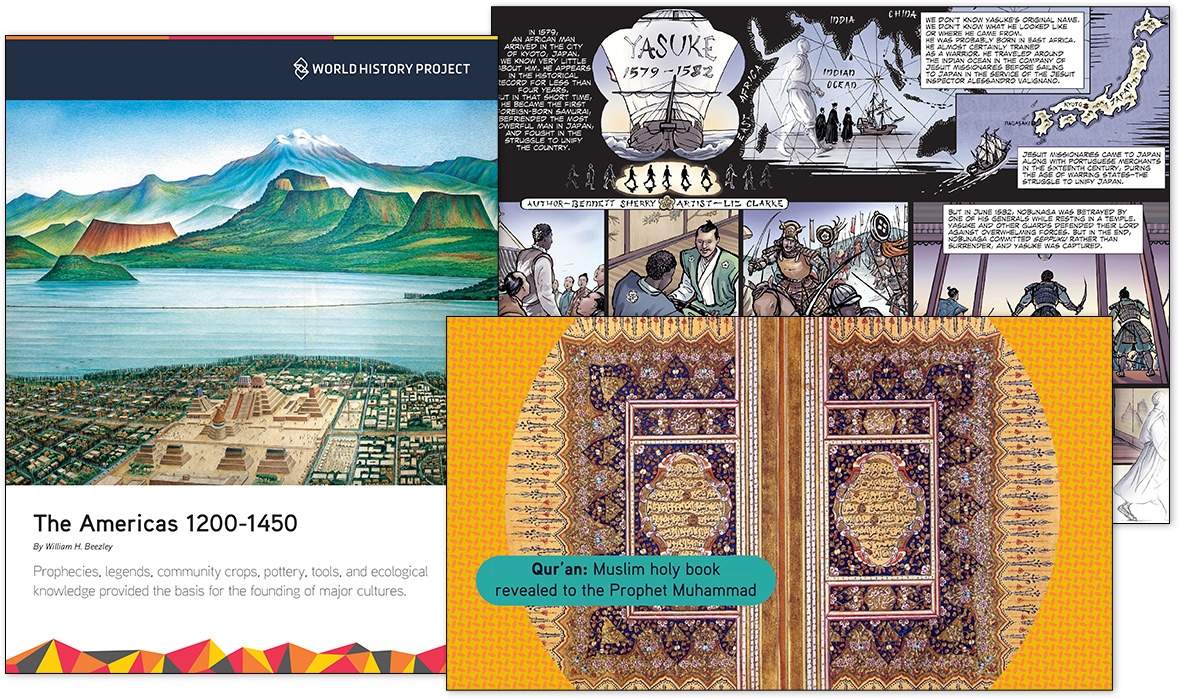 As you can see, we’ve got a lot of exciting new materials for you, and we’re hoping you do indeed find 1,200 more reasons to love WHP. And of course, there is an excellent, supportive community of teachers digging into this new course—so head on over to the OER Project Community to ask questions, share ideas, and collaborate!