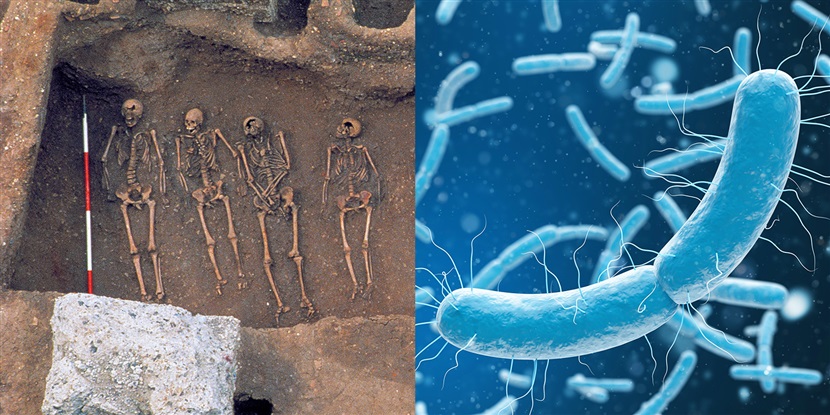 Reading the title of this blog, you might wonder whether someone accidentally typed their WebMD search into the wrong place. But don’t worry, this blog is, in fact, about a disease you've no doubt heard of: the Black Death. But did you know that our understanding of its causation has transformed in the last decade and even in the last three years?

We know the immediate cause of the fourteenth-century buboes. Bubonic plague is transmitted to humans from rodents when a flea carrying the bacterium Yersinia pestis lodges in a person’s skin and vomits into their bloodstream. Among other gruesome symptoms, the bubonic plague causes inflammation of the lymph nodes, eventually rupturing or causing patches of tissue to turn necrotic.

So the cause of buboes seems obvious. But that’s the thing. When confronted with a question of causation, students tend to lean on monocausal answers. However, our ideas about the Black Death have shifted a lot in the last decade, and thanks to recent intersections of genetic and historical evidence, historians are beginning to rewrite the causes of history’s worst pandemic.

In her blog this month, Rachel Phillips encourages you to use causal maps in your classroom to illustrate this point. These help students expand the causal chain back in time and further in geography. In WHP, we have one such activity surrounding the causes of the Black Death.

Most historians and scientists theorized that Yersinia pestis caused the Black Death, but until 2011, some experts blamed other diseases.In 2011, geneticists sequenced the genome of Yersinia pestis from the teeth of skeletons in a London cemetery built specifically to house victims of the Black Death. This allowed geneticists to confirm that the Black Death was caused by the same organism responsible for modern bubonic plague. But there were more surprising revelations ahead, thanks to the work of historian Monica Green. 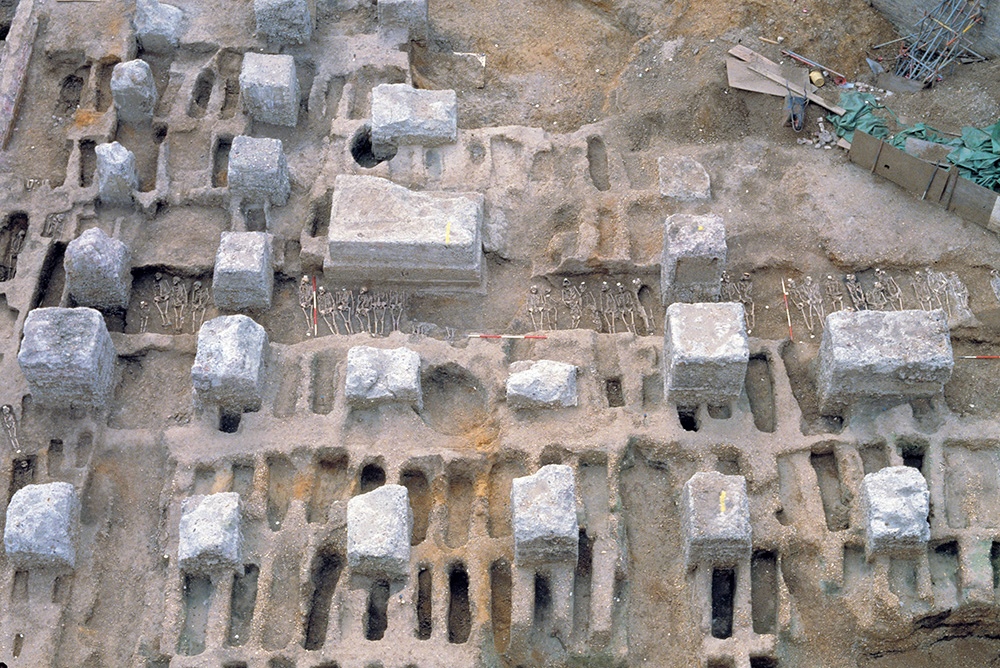 Londoners heard reports from abroad and knew the Plague was coming to London. In 1348, they built this cemetery. Once the Plague had finished its deadly course in 1350, the city closed the cemetery and sold the land to the Church. © MOLA / Getty Images.

Let’s start with the traditional narrative we often find in textbooks: Mongols sieged the city of Caffa on the Black Sea in 1346 and catapulted plague-ridden corpses over the walls. In their terror, the hapless Genoese fled the city in their ships, and brought the Plague when they landed in Italy. And we were off to the races. But this story is wrong.

For one thing, historian Hannah Barker has established that the timelines don’t make sense. It would be another year before there was evidence that plague had crossed the Black Sea. But even without Caffa, some version of this story is still widely told—that the Black Death began with the arrival of ships to Italy carrying people, rats, and the Plague. That’s the story of the Plague’s key event. But Monica Green argues that to see the real watershed moment, we need to look back—way back—at the Big Bang.

Not this one! We’re talking about a different Big Bang here. © MCT / Getty Images.

I noticed a bunch of the BHP teachers perk up at that. Sorry, but I’m not talking about that Big Bang. This one happened 800 years ago, not 13.8 billion. But it still moves the causal chain back quite a bit!

The genetic evidence shows us that, around 1200 CE, 150 years before the Black Death, Yersinia pestis evolved into four distinct variants—an event that the geneticists called the Big Bang. These four variants all originated from one strain found in marmots living in the Tian Shan mountains in what is today Kyrgyzstan. One variant eventually caused the Black Death in Europe, while the other three ravaged the Middle East and Asia. 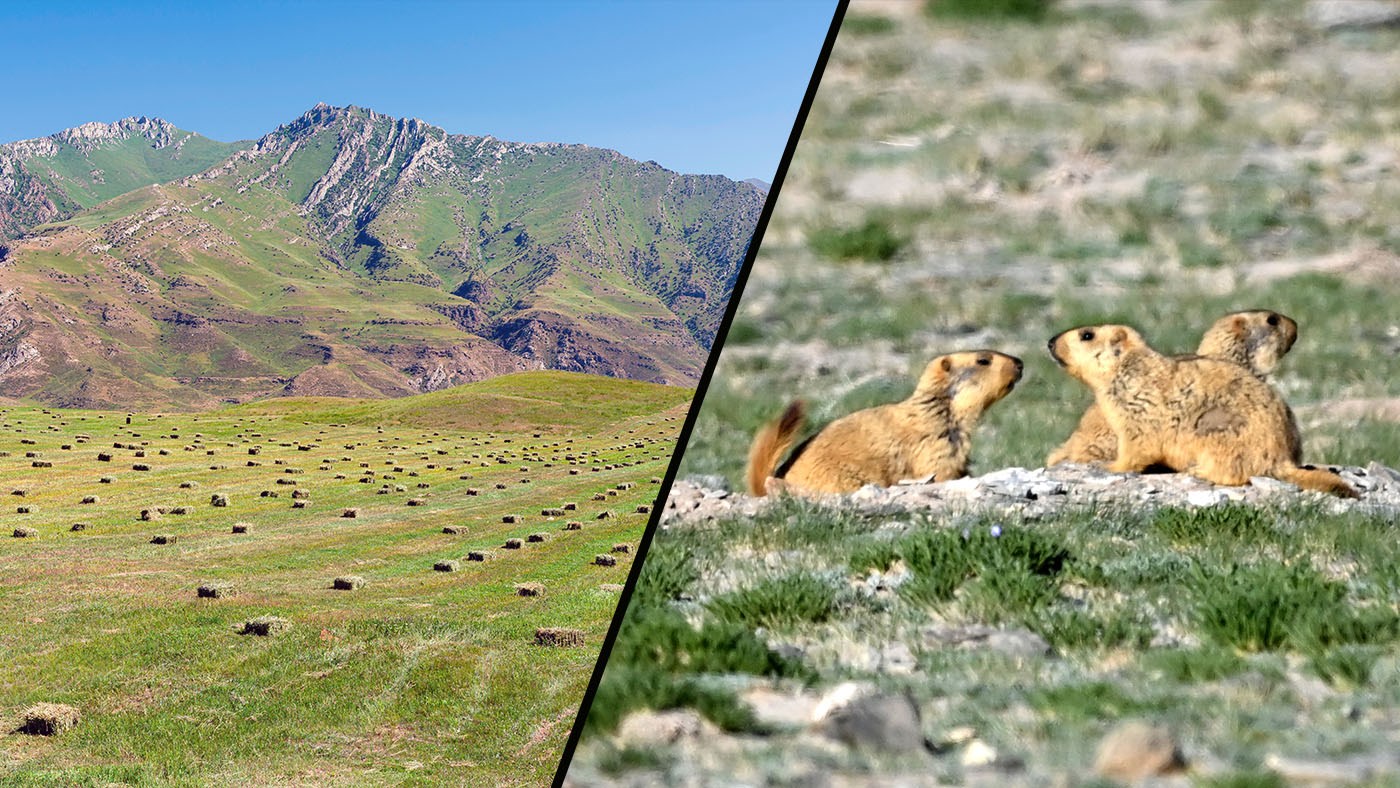 But here’s the thing—bubonic plague isn’t really a human disease. Humans are bad at spreading the disease over long distances. It kills too quickly and requires a lot of contact. Dr. Green doubted that four groups of intrepid marmots set out to cross oceans and continents in search of people to infect. Human agency moved these variants. But the traditional explanation of the Silk Road trade didn’t make sense either.

Thanks to the genetic evidence, Dr. Green knew that the watershed moment was in the early thirteenth century. But how did this strain of the bacteria spread from the Tian Shan marmots into new populations of rodents in other parts of the world? The answer had to be humans, and when the “Bubonic Big Bang” started in the early thirteenth century, there were few humans more influential than those of the Mongol Empire.

So Dr. Green turned from DNA evidence to the traditional sources of a historian—texts. She found mentions of plague all across Eurasia, and one commonality kept appearing: sieges. Early in the thirteenth century, the Mongol Empire's army swept across Eurasia. But that still didn’t explain how this variant of the disease moved from one isolated group of marmots in Central Asia to cities across Eurasia.

Then, a reference to a plague after the siege of Baghdad in 1258 caught her eye. Sieges take a long time, and armies eat a lot of food. In a Persian text, Dr. Green found a reference that changed everything: The Mongol army brought a large shipment of grain to the siege of Baghdad. And where did that grain come from? A remarkably fertile strip of land right next to the Tian Shan mountains, where millet preferred by the Mongol army was grown. 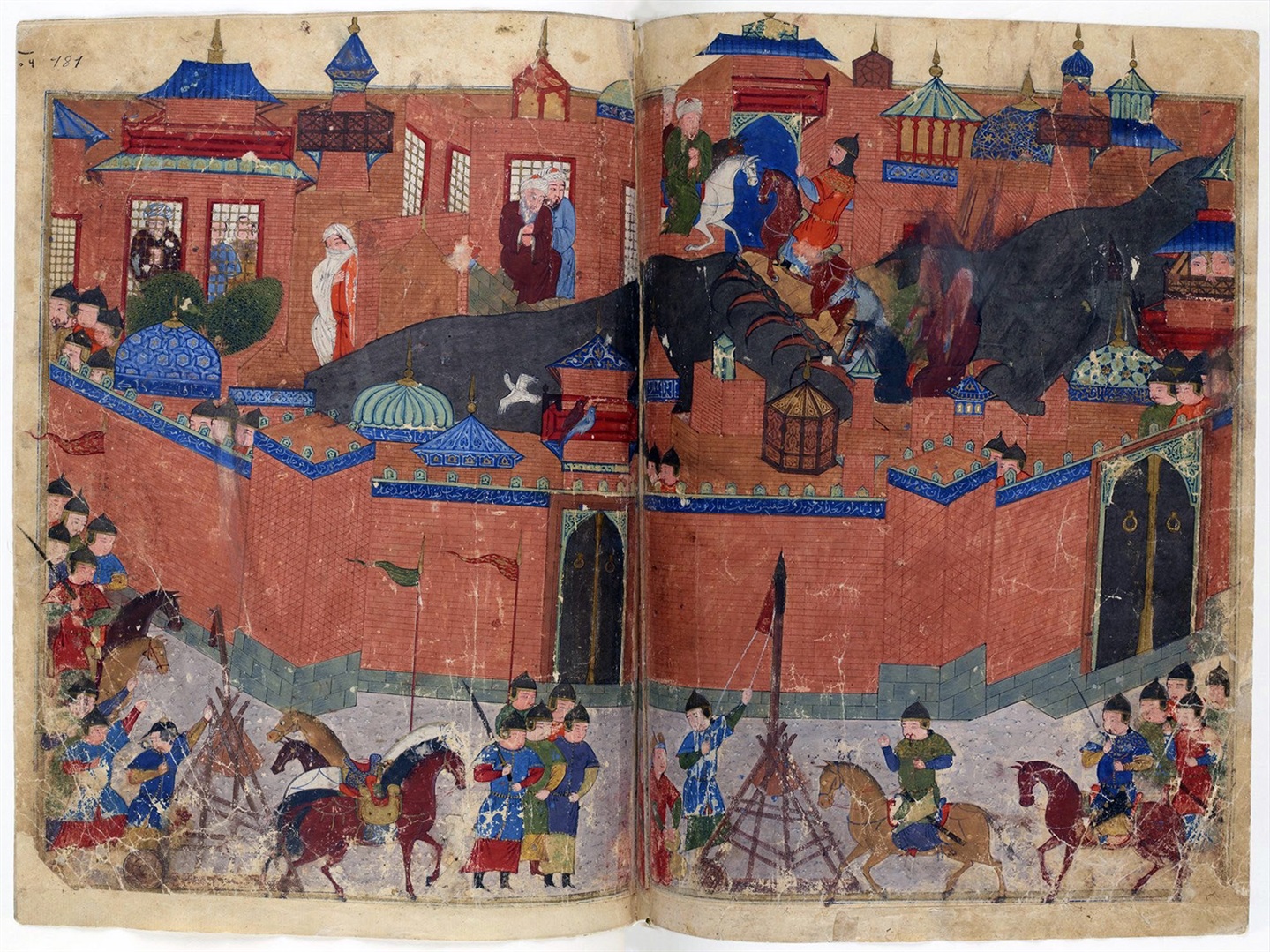 Dr. Green concluded that Mongol grain shipments from the Tian Shan mountains were to blame for the Big Bang. These grain shipments traveled to Baghdad, Persia, China, and beyond. Yersinia pestis didn’t just flood into Europe in 1340s. It slowly stalked Afro-Eurasia for over a century, often carried by rodents eating away at the grain shipments that fed the Mongol army as they conquered city after city. From there, marmots—who usually don’t live around people—passed the disease to other rodents who do (like rats). Once established in the local population of rodents, the disease could incubate and sometimes spread to people. The fourteenth-century pandemic that we call the Black Death started as what Dr. Green calls “spillover events” from these “plague reservoirs” established by the Mongol conquests a century earlier.

Or as Dr. Green puts it: “Something so insignificant as a few sacks of millet, into which a few plague-infected rodents crawled, might account for the worst scenes of human suffering the world has witnessed.” How’s that for causation?

How does this new evidence help your students? First, it’s a great story to illustrate the importance of interdisciplinary thinking! But it also shows how expanding our scale can alter our understanding of causation. The story of the Black Death begins almost 150 years earlier than we thought, and it extends far beyond Europe and the Mediterranean. Dr. Green’s work reminds us that history is a living discipline. Our evidence and interpretations constantly change, even for a story as familiar as the Black Death. Debates about Dr. Green’s thesis will continue, but if her account is correct, we should expand our narratives of the Black Death to new places, to more parts of the Islamic World, to China, and even (as she suggests in a 2018 paper) to East Africa.


About the author: Bennett Sherry holds a PhD in history from the University of Pittsburgh and has undergraduate teaching experience in world history, human rights, and the Middle East. Bennett writes about refugees and international organizations in the twentieth century. He is one of the historians working on the OER Project courses.